20th year into his international career, Gayle owns a plethora of records unlikely to be duplicated, particularly in T20s.

Chris Gayle, arguably the greatest T20 cricketer, celebrates his 40th birthday Saturday. 20th year into his international career, Gayle owns a plethora of records unlikely to be duplicated, particularly in T20s. Recently, Gayle went past Brian Lara to become West Indies’ highest ODI run-getter, and although at 40, there isn’t much left to come from the Universe Boss, Gayle, veteran of 462 matches, has been a crowd-puller.

Gayle made his international debut against India in 1999, followed by his first Test a year later. However, it wasn’t until the T20s gained steam that Gayle began to rewrite the record books. He holds the record the most centuries (22), most half-centuries (80), most sixes (959), most boundaries (1001) and highest T20 score (175). He is also the first batsman to breach the 10000-run barrier in T20 cricket.

Gayle smashed the first T20I century against South Africa in the inaugural edition of the T20 World Cup 2007. Besides T20I, Gayle became the first player to score a double century in a World Cup, when his 215 against Zimbabwe during the 2015 edition downed Zimbabwe.

Gayle has managed to dazzle in Test matches too, having led West Indies at one point in his career. He is one of the only four batsmen to have two 300-plus scores. He was the first player to his six fours in an over against England’s Matthew Hoggard in 2004. He also is the first player to hit the first ball of a Test match for a six, lofting Bangladesh spinner Sohag Gazi in 2012.

Earlier this year, Gayle announced he would retire from ODIs after the World Cup but reversed his decision and played against India at home. 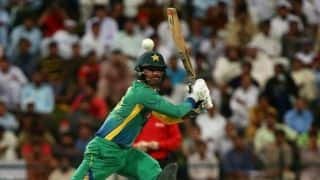 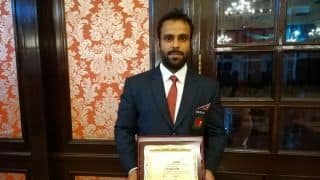