Brett Lee vs Aakash Chopra! Having been at the receiving end in the tour of Australia in 2003-04, this was some revenge time for Chopra. Of course, the arena was different and it was office cricket.

Former Indian opener Aakash Chopra has been at the receiving end many times when he toured to Australia with the national side in the famous 2003-04 Border-Gavaskar Trophy. Chopra and Brett Lee enjoyed some intense contests, where the latter was at his fiery best and Chopra attempted to be rock solid.

In the fourth Test at Sydney, Chopra and Virender Sehwag had added a 98-run opening stand before Chopra was caught off a no-ball of the bowling of Lee and the next ball, he was dropped. Later in the innings, Chopra at 45 was unsettled by a ruthless Lee bouncer and then was dismissed by yorker.

So this was some revenge time for Chopra. Of course, the arena was different and it was office cricket. We all enjoy our office cricket, isn’t it?

Both the former cricketers are now commentating for Star Sports in the IPL 9 and had a go at each other in an office cricket encounter. First, Chopra faced Lee and then went on to dish him with a few hostile deliveries. One hit his ribs, which Lee called, “chin music”, that softened him before the next one cleaned him up. 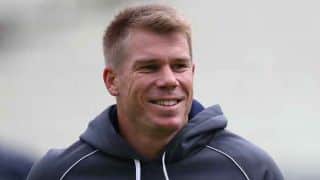 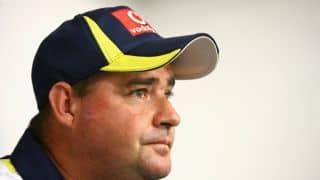