A good gesture by Dale Steyn and keeps the spirit of the gentlemen’s game alive with these actions.

Dale Steyn is a well-known name in India due to his brilliant performances in the Indian Premier League (IPL). Steyn might be out of action in the ongoing fourth Test at Delhi due to injury but never misses out on the fun part. Also Read: AB de Villiers and JP Duminy groove at the boundary rope during the Delhi Test

Steyn was filling the bench strength and taking a walk at the boundary when a cute little fan of his demanded for a picture with him. He did not even hesitate for a second and life the young kid in his arms for a memorable picture. It’s a good gesture by an opponent player as they keep the spirit of the gentlemen’s game alive with these actions.

The video was instantly uploaded by Indian Cricket Team on their official Facebook page where they also wrote, “Dale Steyn has made this little kid’s day. A lift and a pose for the camera”

South Africa is in deep trouble at the moment as India keep on piling the runs and add more misery on the visitors. India have now taken a lead of 385 runs with six wickets to spare. 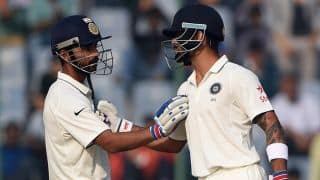 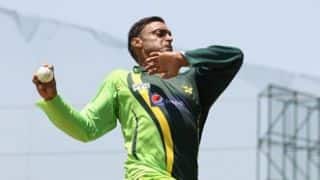