A potential India and Pakistan series in the month of December has been facing many roadblocks, mainly due to the political tension between the two nations. But even as the fate of the series hangs in balance, star Indian cricketer Yuvraj Singh’s gesture has once again gone a long way in proving that cricket triumphs over politics.

Yuvraj recently recorded a short video in which he sent his wishes to Pakistan’s Twenty20 International (T20I) captain Shahid Afridi and his Pakistan Super League (PSL) franchise Peshawar. The southpaw also extended prayers for the team Peshawar in the video message, that was shared by Afridi’s official Facebook page, and also shared his experience while playing alongside Afridi who is likely to be captain of Peshawar side in PSL.

Pakistan will host the first season of its own international cricket league PSL in Dubai and Sharjah in February next year and the cricket-crazy Pakistan fans are already going gaga about it. Amid all the suspense and anticipation regarding India-Pakistan series, Yuvraj’s support to Afridi and his team is praiseworthy. 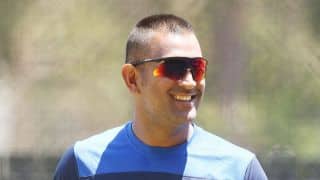