Virat Kohli is one of the finest batsmen India have produced in the last decade.

Virat Kohli, born November 5, 1988, is one of the finest batsmen India have produced in the last decade. Equally proficient in all three formats, Kohli is one of the few batsmen in the world to average over 40 across formats. While Kohli initially had a reputation of being brash and arrogant, he has since matured into a level-headed but aggressive team man. On his 27th birthday, Shiamak Unwalla lists 12 interesting things to know about India’s current Test captain.

1.  Early tragedy: Kohli proved his immense mental toughness early in his cricketing career. As a teenager, in his debut Ranji Trophy season in 2006, an 18-year-old Kohli was unbeaten overnight on 40 for Delhi against Karnataka. The following day, Kohli came out to bat and scored 90. More than the runs he scored, it was the intense personal pain he overcame that was noteworthy; his father had passed away that morning. He went to attend his father’s funeral only after getting out.

2.  Early idol: In an interview Kohli gave in 2009, he said his biggest idol was Yuvraj Singh because “He’s pretty stylish and the way he carries himself on and off the field is really impressive.” Ironically, it would be at the cost of Yuvraj’s place that Kohli would get most of his early opportunities.

3.  0th ball: Taking a wicket off the first ball in any format is rare in international cricket. Kohli managed to do something even more exceptional. It was on August 31, 2011, at Old Trafford. Kohli was playing his fourth T20I, but had never bowled in the shortest version of the game. He came in to bowl with 110 needed off 78 balls. The first ball Kohli sent down was wide outside leg stump. Kevin Pietersen (no less!) somehow managed to get out of the crease, and MS Dhoni whipped off the bails. As a result, Kohli took a wicket off his 0th ball in T20Is!

4.  Nightmare with the ball (but for whom?): To put it politely, Kohli is not a particularly good bowler. At the time of writing, he has seven international wickets at an average of 124.14 and strike rate of 124.7; terrible numbers by any stretch. And yet, the batsmen Kohli has taken out are almost exclusively top-order batsmen: Alastair Cook, Craig Kieswetter, Kevin Pietersen, Samit Patel, Brendon McCullum, Mohammad Hafeez, and Quinton de Kock.

5.  Team man: For all his apparent brashness, Kohli is an out and out team person. Whenever a teammate gets to a landmark while batting, Kohli is usually the first in line to applaud, and there is unfailingly a big smile on his face. While fielding, he celebrates every wicket whether or not he was a part of the dismissal. In both of Rohit Sharma’s ODI double tons, he and Kohli were involved in run outs that resulted in Kohli’s dismissal. Kohli was furious both times, but he showed obvious delight when Rohit got to his double ton on either occasion. It has also been observed that while fielding in the deep, Kohli frequently asks the Indian section of the crowds who cheer for him to instead start cheering for India.

6.  Mr Nice Guy: Two of Kohli’s Royal Challengers Bangalore (RCB) teammates, Harshal Patel and YuzvendraChahal, revealed in interviews with CricketCountry that as intense as Kohli is on the field, he is the team joker off it. They said Kohli is an excellent captain in that he makes every player feel comfortable; this could also be observed in IPL 2015, when he bowed down to 17-year-old Sarfaraz Khan after an impressive innings by the youngster.

7.  Close to MS Dhoni: Despite media reports of a rift between Kohli and Dhoni, there is little actual evidence to suggest that they are anything but close. In fact, even though their styles of captaincy may differ quite hugely, Kohli does seem to take a lot of inspiration from Dhoni’s leadership. In late 2014 Kohli was leading the side in Dhoni’s absence in an ODI series against Sri Lanka. He pushed AmbatiRayudu up to No. 3 and dropped down to No. 4 himself. Rayudu scored his maiden ODI century, and Kohli said at the post-match presentation that he was simply carrying out Dhoni’s example of promoting batsmen to get the best out of them.

Furthermore, when Dhoni announced his sudden retirement after the third Test of India’s tour of Australia in 2014, Kohli was reported to have broken down since he had played his entire international career under Dhoni’s guidance.

8.  The ‘Fastest’ man: Kohli has scored the fastest as well as the third-fastest ODI centuries by an Indian — off 52 and 61 balls respectively. Coincidentally, the two innings came within four matches of each other and in the same series against Australia in 2013.

9.  Conquering the island nation: Kohli became the 32nd man to captain India in Test cricket. In his first full series as captain (he had previously captained India in two Tests in Australia alongside Dhoni, and also in a one-off rain-marred drawn Test against Bangladesh) Kohli led India to a series victory in Sri Lanka for the first time since 1993 — after a gap of 22 years. India also overcame a 0-1 deficient to take the series 2-1. In doing so, Kohli became the first Indian captain to win a series in Sri Lanka since Mohammad Azharuddin. But perhaps the most encouraging aspect of Kohli’s captaincy is his philosophy. He told The Cricket Monthly in an interview, “Draw is the last resort. I don’t mind risking a loss to win a game. I wanted us to play aggressive cricket.”

10.  The vision: Kohli said that as Test captain, his goal was to create a team that played for each other. “I want to create strong friendships in this unit. We live 250-280 days a year together, so I want to create such an atmosphere where in the next ten years watching it from outside you would get to know this team is a united team. This team is a strongly knit unit. They want to play for each other. They don’t want to play for themselves. That is my vision.”

11.  The prolific skipper: Leading a side hampers some batsmen, but in the case of Kohli it is the complete opposite; he thrives under the additional responsibility. At the time of writing, in six Tests as captain (he will captain his seventh Test on his birthday) Kohli has scored 696 runs at 63.27 with four centuries and a fifty. In 17 ODIs as captain, Kohli has scored 850 runs at 70.83 with four tons and three half-centuries.

12.  Man with a plan: Kohli talks a lot about how planning and visualisation is important for building an innings. He said in an interview, “When I go in to bat in a Test, I go in there with plans – I am going to leave the balls pitched in a particular line, I am going to hit the ball only between two certain points in the field and not play a certain shot till I score a set number of runs. If something is pitched short at me, I will go for the runs as it is my scoring area.” 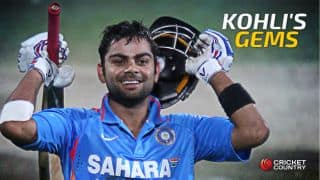 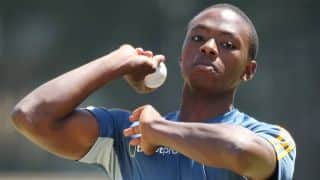