If grapevines are to be believed, the 27-year-old Royal Challengers Bangalore (RCB) skipper is all set to throw a gala charity dinner.

They are back in the news again and it is impossible to keep the spotlight away from them. Virat Kohli and Anushka Sharma have grabbed headlines for the last few years. First for their affair, then for Kohli’s lean patch, then their break-up, then for Kohli’s purple patch, then speculations and followed by patch-up. In a nutshell, the young and glam couple continue to be media favourites and why not, audience love to read about them. ALSO READ: Virat Kohli’s birthday gift to Anushka Sharma? Finally follows her back on Twitter, Instagram

Their journey to stardom began in 2008 and both have excelled in their respective careers. While Kohli has gone on to be India’s Test captain and one of the best batters in the world, Anushka has done meaningful films off late and seen success as a producer too. She will also be Salman Khan’s leading lady n Sultan.

If grapevines are to be believed, the 27-year-old Royal Challengers Bangalore (RCB) skipper is all set to throw a gala charity dinner. A report from Bollywood Life states that Kohli in association with Smile Foundation will be hosting a charity dinner and the illustrious invite list consists of luminaries from cricket world, Bollywood, other achievers and the big shots of Bollywood.

The dinner will be a Michelin class prepared by Celebrity Chef Vikas Khanna for 200 guests including Amitabh Bachchan and Anushka, who will be a part of the same. The event will see an auction of memorabilia and yes, you have guessed it right — the tickets are expected to cost a bomb! 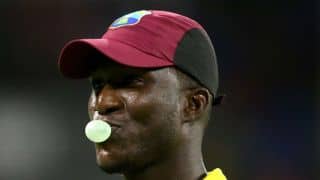