Indian Test skipper Virat Kohli keeps on creating records to his name on the field but on this occasion he has achieved a new milestone on social networking platform. His followers tally on Instagram has crossed 1 million mark and he becomes the first cricketer to have achieved such a platform.

Kohli is also the most followed cricketer on Twitter and to express his glee on becoming an Instagram legend he clicked a selfie and posted it on his Instagram account with captions which read, “1 million already. Super stoked. Thanks for all the love and support always people. Love you all. #grateful”

Kohli’s fan following transcended enormously after being appointed as the Indian Test captain following MS Dhoni’s retirement. Earlier this year, he surpassed the eight million count in terms of followers on Twitter. According to a report released by Google earlier this month, Kohli is also the most searched sportsperson on Google.

Kohli has also been an active and keen investor, other than cricket he has quite a few co-owned teams in other franchised based leagues. Recently, he also launched his personal line of clothing named ‘Wrogn’. 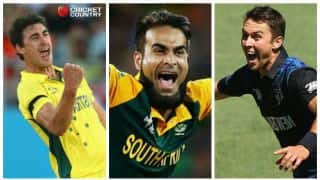