The Indian captain and Team Director also took time out to wish all Indians a very Happy Independence Day from the Twitter handle of the Board of Control for Cricket in India.

At the time of writing, India has slipped precariously in the Test and the entire team would be hoping that they do nothing to spoil this special day for India. [Also Read: Ravi Shastri’s special message on Independence Day] 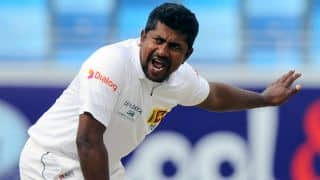