Vaas said something about Kohli which is rare from a legendary bowler.

It no surprise in saying that Virat Kohli will feature among the elite club of legendary cricketers of all time. He has been in amazing form over last one year and there is absolutely no comparison of his form and sound technique at the moment. In the ongoing Indian Premier League, Kohli has hit four centuries, a feat which no other batsman has achieved till date in the history of IPL.

Looking at his prime form, former Sri Lankan legend Chaminda Vaas, who is currently in India for Mitsui Shoji T20 cricket final, representing Ghatkopar Jets against Mumbai Police City Riders at Police Gymkhana, heaped praises towards Indian Test captain. Vaas said something about Kohli which is rare from a legendary bowler. He said, “If I am going to bowl to Virat, I am sure he will hit me for four sixes or six sixes.”

Vaas further quipped, “The way he is batting is tremendous. He is a different class, different person. It’s admiring the way he takes the game and tries to dominate bowlers. He is a great asset for India.” Vaas is currently coaching Ireland cricket team and also spoke something about the comparison between Kohli and India’s greatest batsman Sachin Tendulkar, “Very difficult to describe. They are different eras. When Sachin was of Virat’s age, he did the same thing.He massacred bowlers. He scored 20,000 runs in Tests and ODIs and proved what top class batsman he is. Virat is still coming up. He will do the same thing.”

The former left-arm pacer has accounted for 761 wickets in his glittering international career and was also very instrumental in early 2000s for Sri Lankan cricket team. 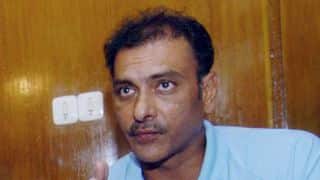 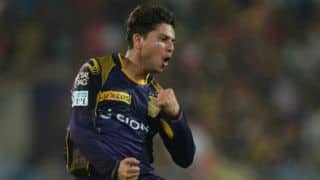 Kuldeep Yadav: Was trying to bowl according to the Eden Gardens field against SRH in IPL 2016