India the country. Cricket the religion. We have all heard this before and know for certain that it holds water. In a country plagued with religious feuds and discrimination, cricket is what draws the masses together and walk in one common direction. The average Indian will take a rain check for all other affairs if a cricket match is involved. This is the country where test matches take place not only on vast grounds but also in the narrow balconies of Girgao’s chawl’s. This is the country where children idolize cricketers and each child dreams of being the next legend in the world of cricket.

Cricket in India is more than a sport. It is a way of life. I still remember the summer vacations that were spent with countless hours of cricket, with breaks for lunch. The only reason play was called off was when we extended our curfew limit. A cricket match, especially when India was participating was an occasion for a family get-together.  For that matter any match which consisted of evenly matched teams was fair game! The passion for the game runs through an Indian just as the blood that runs through his veins. It is his Nirvana. It is his idea of a day spent well.

When we consider the history of the sport in the subcontinent we get two lists of all time greats of the sport. The experienced Indian (read beyond the age of 75) would dish out names like, Vinoo Mankad, Vijay Hazare, Nari Contractor etc; the youth would come up with the likes of Sachin Tendulkar, V.V. Laxman, Saurav Ganguly and the very recent Mahendra Singh Dhoni. There is always a debate on who were the best? The pioneers or their precedents? Within this conflict there arises a separate group of cricket lovers who boast of names like Sunil Gavaskar, Kapil Dev, and Moninder Amarnath.  They happily remind everyone of the year 1983 and India’s only world cup victory and for a brief moment order is restored.

Cricket in India has seen the glory days, the instability and shame. But it has managed to muscle through it all growing stronger by the day. The Indian supporter has been jubilant at times, and at times disappointed; but he still has the same passion for the game and the spirit in which it is played. He still takes it as a personal slur if his team does not do well against an adversary. He still curses at the loss to old foes like Pakistan. At the same time however, he does tend to appreciate a good game no matter the result.  Today cricket is not only limited to the real world but has taken its steps into the virtual world as well. With the advent of gaming consoles and computer games, cricket is played by youngsters without leaving the confines of their dwelling. Some may argue the health hazards but the fact remains that even here the cricket maniac in an Indian does not subside.

Every generation brings some or the other change. No more is it evident than in the cricketers of today. Gone are the days when Indian cricketers submitted meekly to criticism and sledging by other teams or players. The young brigade that heralds the change in Indian Cricket is not the ones to submit to anything or anyone. This can be seen in the loud and aggressive of players like Sreesanth, or a calm and almost cynical demeanor of the Zaheer Khan. 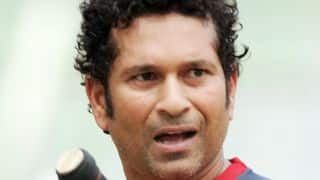 Test Cricket at its Very Best

Test Cricket at its Very Best