Rodriguez was Colombia’s best player and created most of the chances for his team.

Hosts Brazil set up a FIFA World Cup 2014 semi-final clash with thanks to a nervy 2-1 win over South American rivals Colombia in the quarterfinal at the Estadio Castelao on Friday.

In the 80th minute, James Rodriguez — World Cup top scorer with six goals — set up a tense ending as Colombia were awarded a penalty when Julio Cesar brought down Carlos Bacca, but Scolari’s men held on until the final whistle.

Brazil will now take on Germany, who they defeated in the 2002 World Cup final. The Germans nudged out France 1-0 in the earlier quarterfinal tie at Rio’s Maracana Stadium.

In a frantic game, both sides went on the attack from the outset. Brazil, though, put early pressure and found the breakthrough after Silva kneed Neymar’s corner in. The game only got more frantic from then on. Both teams attacked at every opportunity, giving away the ball too cheaply on both occasions.

Brazil, though, were clearly the more dangerous of the two. They really looked pumped up for the contest and that showed in their performance as they chased every single ball down. Neymar with his bagful of trickery was once again the dangerman for Brazil. He created massive problems for the Colombian defence in the first half but was not so effective in the second.

Brazil fans and coach Luiz Felipe Scolari, though, will be waiting with bated breath as their star man was stretchered off in tears.

Another headache for the team will be Silva’s absence in the semi-final. The PSG centre was shown his second yellow card of the tournament, putting him out of the next match.

Rodriguez was Colombia’s best player and created most of the chances for his team.

His brilliant run through the heart of the Brazil defence in the first half saw Cuadrado in acres of space.

Colombia goalkeeper David Ospina pulled out all the stops to keep Brazilian forwards at bay after the early goal. He was especially tested by Hulk, who was a big threat going forward.

Brazil, though, seemed to take off the foot of the pedal after Luiz’s amazing over-30 yard free-kick that gave the goalkeeper no chance.

After the goal, Brazil looked a bit too casual and invited tremendous pressure from the Colombians.

The pressure finally led to Cesar bringing down Bacca inside the box. Rodriguez had no problem dispatching the penalty and giving his team a lifeline.

It was all Colombia in the final moments of the game as Brazil were penned back in their own half and seemed unable to relieve the constant pressure on their defence.

However, thanks to some desperate defending Brazil held on for their yet another semi-final appearance. 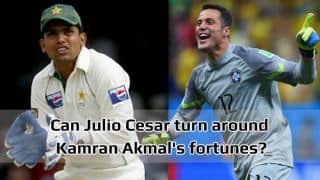 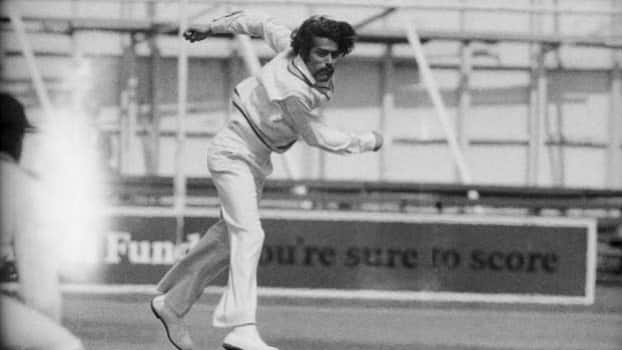