Bryan Ruiz headed home the only goal of the game for Costa Rica to pull of another giantkilling act.

Costa Rica continued their giantkilling spree in the FIFA World Cup 2014 as they defeated four-time champions Italy 1-0 to make it to the Round of 16 in the process knocking England out of the championship. Skipper and PSV Eindhoven striker Bryan Ruiz headed home the winner in the 44th minute as Costa Rica became the first team from group D to qualify for the knock-out round.

The win also meant curtains for England in the group which was termed as the ‘Group of Death’ with one among the two high-profile teams between Uruguay and Italy will be bidding adieu after their final group league game. Having shocked last edition’s semi-finalists Uruguay 3-1 in the opening encounter, Costa Rica’s win over the Azzurris was their second consecutive win over a top-10 team in the world.

While Italy will need a draw to make it to the last 16, Uruguay can’t settle for anything less than a victory. In the 43rd minute, Costa Rica looked like being denied a penalty when their striker Joel Campbell latched on to a ball from middle-third and sprinted down inside the box before being felled by Giorgio Chiellini but referee Enrique Osses thouight otherwise.

But within a minute, the Costa Ricans got their lead as left wing back Junior Diaz kept a measured cross from the left as Bryan Ruiz evaded the duo of Chiellini and Matteo Darmian to head home. The ball hit the horizontal before crossing the goalline beating a full stretched Gianluigi Buffon. The first half could be divided into three distincts parts with first and last phase belonging to Costa Rica while Italy dominated for a duration during the middle phase.

The first 15 minutes belonged to Costa Rica who pressed really hard with Cristian Bolanos’ inswinging corner saw Celso Borges head wide off the target despite wrong anticipation on Buffon’s part. Bolanos, Gamboa and Campbell took control of the midfield during that phase as Mario Balotelli cut a lonely figure upfront.

The next 20 minutes saw Italy get into the game as their midfield artist Andrea Pirlo got into the action providing a couple of assists for Balotelli. Once in the 23rd minute, he entered the box after receiving a long ball from right flank only to be timely tackled by his marker Giancarlo Gonzalez.

But the Balotelli’s worst miss was in the 31st minute when a typical Pirlo assist that caught the Costa Rican defence napping saw the Italian striker’s second touch desert him. Finding custodian Keylor Navas coming out of his charge, Balotelli’s lob was off target. Within two minutes Pirlo along with Motta was involved in providing another assist for Balotelli whose powerful shot was aimed straight at Navas, who didn’t have much problem in foiling the attempt.

The introduction of Antanio Cassano in place of Thiago Motta at the change of ends and Lorenzo Insigne in the 57th minute did make the Italians look more forceful but they failed to make decisive inroads into the Costa Rican attacking third.

With Pirlo not in his element, Balotelli didn’t get the adequate supply of assists which prompted him to frequently lose temper and was shown yellow card for argument with the referee. Costa Ricans did make some sporadic counter attacks with the best chance came substitute Marcos Urena’s way before Chiellini’s timely interception saved Italy from conceding a second goal. 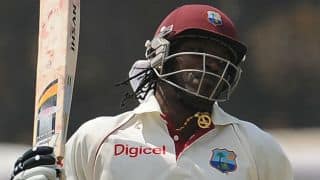