Catch Live Streaming of the Costa Rica vs Greece FIFA World Cup 2014 Round of 16 match here.

In what was termed as the ‘Group of Death’, Costa Rica beat favourites Uruguay 3-1 and Italy 1-0. They then drew 0-0 in an inconsequential match with England. Before the FIFA World Cup 2014 began, Costa Rica were termed as the whipping boys and were expected to finish last in Group D. But they managed to stun all the so called ‘bigger’ teams.

Catch live telecast of the Costa Rica vs Greece FIFA World Cup 2014 Round of 16 match on Sony Six and Sony Six HD. Catch the live streaming of the match on LivSports here.

Greece somehow managed to get out of Group C with one win, one draw and one loss. They first lost to Colombia 3-0. Greece then drew 0-0 with Japan. In their final match against Ivory Coast, Greece won 2-1 to progress from the group. The winner of this match will play Netherlands, who beat Mexico 2-1, in the quarter-finals at Salvador. 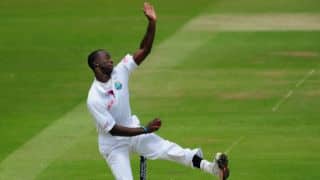