As expected Brazil did score the first goal of the FIFA World Cup 2014 but unfortunately for the hosts it was an own goal by defender Marcelo in the opening match against Group A rivals Croatia at the Arena de Sao Paulo here Thursday.

A shell-shocked Marcelo trying to defend Olic’s low cross deflected the ball into his own net in the 11th minute. It was Brazil’s first own goal in 94 World Cup finals matches.

Star player Neymar had the distinction of getting the first yellow card of the tournament, but Brazil’s poster boy made up for the misdemeanour minutes later as his grounded shot creeped in to bring his team back to level terms. At half time, the scores were tied 1-1. 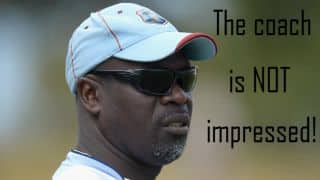