Goalkeeper Tim Krul, whose stunning saves in the penalty shootout gave the Netherlands a great win over Costa Rica in the FIFA World Cup 2014 quarter-final, said that he would study his team’s semi-final opponents Argentina as well. Krul said he has been observing the penalty takers of all the teams and he would be well prepared if his team faces another penalty shoot-out in Wednesday’s FIFA World Cup 2014 semi-final against Argentina in Sao Paolo.

The 26-year-old Newcastle United goalkeeper was finding it hard to believe that his two stunning saves pulled off a brilliant win for the 2010 runners-up in the quarter-final in Salvador on Saturday. Krul came off as a substitute just seconds before the end of the extra-time, a move that was planned by Dutch coach Louis van Gaal well in advance.

“It’s surreal, I can’t describe it at the moment. Seeing the boys run towards me: I’ve seen that so many times on TV after goalkeepers save penalties and win the game. That it’s me tonight in a World Cup quarter-final is something surreal and I don’t think it’ll sink in for a couple of days,” Krul was quoted as saying by FIFA.com.

Revealing his secret of penalty-saving, Krul said: “I watched them [Costa Rica] against Greece and studied them and I told the players that I knew where they were going to shoot to make them a bit nervous.”

Krul said that it has happened with him in the past when he challenged Frank Lampard to stop his penalty kick.

“Maybe it worked. It happened before when I played against Frank Lampard: I told him that I knew and I saved it. I just tried that again. I’m so happy it worked today [Saturday],” he said. 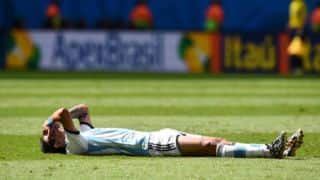 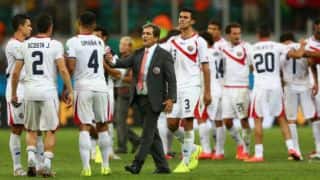