The way  Croatia on Thursday lost to Brazil in Sao Paulo was far from dream start to their FIFA World Cup 2014 campaign and the bad news kept coming when Luka Modric went to a hospital in Salvador.

Everybody in Croatian camp will pray for a negative result as losing Modric would be a much bigger blow for Kovac’s team than the 3-1 defeat against Brazil.

“We deserved more; we had to get more out of this match. We left our hearts on the field and we were aggressive. I don’t think that Brazilians would score if they were not awarded that penalty and that’s why this is so painful,” Croatian midfielder Ivan Rakitic said.

However, painful it was to lose this way, Croatians are aware that they have to turn their focus to the upcoming matches against Cameroon and Mexico.

“In my opinion it wasn’t a penalty but that’s all I’ll say about that subject. We can’t turn back the clock,” said 21-year-old debutant Sime Vrsaljko, who did a very good job on the left side of Croatian defence.

“If we continue to play like this in other two matches we don’t need to be scared. We will advance to the next phase,” Vrsaljko said.

After serving one-match suspension against Brazil, Mario Mandzukic will be back in Croatian line-up against Cameroon that lost 1-0 Friday to Mexico. It seems that Danijel Pranjic will be also ready to take his place on left-back although Vrsaljko served as a good substitute for his more experienced team-mate. 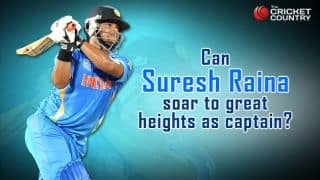