Croatia have also been buoyed by the return of Mario Mandzukic.

Croatia have been given a major boost ahead of Wednesday’s Fifa World Cup 2014 Group A clash against Cameroon with confirmation Luka Modric has fully recovered from a foot injury.

It was feared the 28-year-old had fractured a bone during Croatia’s 3-1 loss to Brazil in the tournament’s opener last Thursday.

He spent the following day in a Sao Paulo hospital before scans cleared the Real Madrid midfielder of serious damage.

At a press conference here Tuesday, Croatia coach Niko Kovac revealed Modric was certain to play at the Arena Amazonia stadium on Wednesday.

“Luka is going to be 100 percent fit. He did well in training. There are no problems and he will be with us in Wednesday’s clash,” Xinhua quoted Kovac as saying.

Having lost their opening matches, both Croatia and Cameroon must avoid defeat to remain alive in the tournament.

But Kovac vowed his side would attack from the outset in the Amazonian city of Manaus in a bid to secure victory.

“They [Cameroon] may play for a draw, but we want to win,” he said. “We want to play our game. They are a strong team that is high in quality, but we want to impose our own style of play.”

“If we were to play in the same way we played against Brazil, I do not see why we can’t progress (to the knockout phase). I know there is no such thing as a free lunch, but we will fight and I am confident we can win.”

Croatia have been buoyed by the return of striker Mario Mandzukic from suspension.

The 28-year-old Bayern Munich forward could not hide his eagerness to help his team on Wednesday.

“This is maybe one of the most important matches most of us have played in,” Mandzukic said. “We are ready and personally I can’t wait for it to start.” 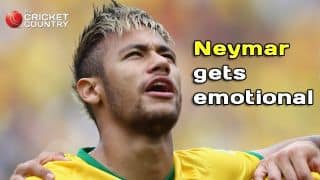 India vs Bangladesh 2014: Visitors have eyes set on whitewash