Champions Spain take on Netherlands in the FIFA World Cup 2014 on June 13.

Spain‘s goalkeeper Iker Casillas believes the Netherlands will be largely relying on their attacking triangle of Arjen Robben, Wesley Sneijder and Robin van Persie when the two sides face off in a Group B match in Salvador on Friday to start their FIFA World Cup 2014 campaign. It will be a re-match of the ill-tempered FIFA World Cup 2010 final in Johannesburg, when Spain won 1-0 against the Netherlands thanks to Andres Iniesta’s goal in the 116th minute.

This time the defending champions are wary of a backlash from the Dutch. World Cup-winning captain Casillas said his team has to watch out for Dutch playmaker Arjen Robben, reports Xinhua.

“Robben is a very fast player. He played with me for two seasons in Real Madrid. He was a very good player back then. I played against him a couple of times both at club level and national level. He was always a decisive player in all the matches we played,” Casillas said at the Arena Fonte Nova in Salvador.

Casillas warned that the Dutch trio of Robben, Sneijder and van Persie will be key.

“There are younger players of course in the Dutch squad. I think, together with Sneijder and van Persie, the three seasoned players are three pillars with extraordinary international experiences. And I think their chance will be relying greatly on this triangle,” the 33-year-old goalie added.

Friday’s match will be a repeat of the 2010 World Cup final which the Spaniards won 1-0 in extra-time. For Casillas, Friday’s encounter will be very different from the 2010 final that witnessed 14 yellow cards.

“The match in South Africa will have nothing to do with the match that we will be playing here. But it is obviously very important for us to beat them,” Casillas said.

“When you start a World Cup and you do not get a good result, you will be very tense and under huge pressure in the next match trying to make up the mistakes made before. I think if you start well then that’s part of your success for the future. In terms of the match against Netherlands, we want to beat them,” said Casillas.

The Real Madrid goalkeeper said Spain are the favourites but all teams want to give their best when they face the defending champions.

“We are favourites, but all teams want to play as best they can when they face Spain. I think we are motivated. Our team will be strong and we want to progress as far as possible and defend our title,” he said.

Group B also include Chile and Australia who will take on each other on Friday in Cuiaba. 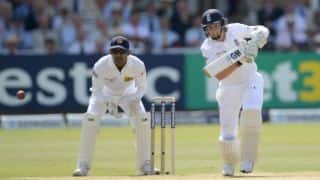 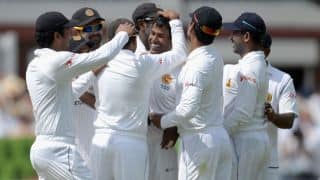