BCCI showed unwillingness and felt they were helpless to take such a decision as FTP already has international commitments attached to it.

The Board of Control for Cricket in India (BCCI) has once again defied the Lodha-panel recommendations. As per Lodha report, it asked the BCCI to hand a 15-day cool off period to players after the completion of the Indian Premier League (IPL) and start of a new tour/series. The BCCI now has said to the Committee of Administrators (CoA) that such a window is not possible till 2023 as the ICC s Future Tours Programme (FTP) is all jam packed. FTP is a schedule of international cricket tours that structure the programme of cricket for ICC’s full members.

As per a report in Times of India, the BCCI showed unwillingness and were helpless taking such a decision as FTP already has international commitments attached to it. CoA, Chairman Vinod Rai, has in strict words asked the BCCI office-bearers that why the topic of cool-off was not discussed in the recently concluded SGM whose main agenda was to discuss Lodha recommendations. “They all remained silent when Rai raised the issue with board officials. The minutes of the CoA-BCCI meeting will now be handed over to the Supreme Court. It may also figure in the status report which may not be good news for the BCCI,” a source was quoted. Earlier in the SGM, BCCI adopted Lodha panel reforms partially, rejecting all major recommendations on good governance including age cap, tenure and cooling-off period. The BCCI had also shortlisted a panel of names for role of Ombudsman during the SGM. 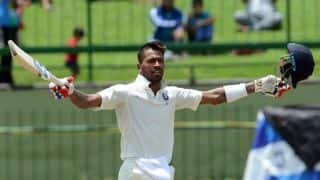