PCCAI’s team won all their six matches on the remarkable tour to South Africa.

In a country where there is a lack of awareness for sports for the physically challenged, Ravi Chauhan is doing everything to bring cricket into focus. In 2012, he founded the Physically Challenged Cricket Association of India (PCCAI) with an aim to help India’s physically challenged cricketers play at the international level. They have found support in Indian captain Mahendra Singh Dhoni, who sponsored for their apparel for their team’s recent tour to South Africa.

The PCCAI had hosted a match in Varanasi, when Arun Pandey, Dhoni’s manager and the owner of Rhiti Sports, watched them play. Pandey then had a word with Dhoni who agreed to sponsor the playing dresses for PCCAI’s team that visited South Africa recently.

PCCAI’s team boasts of members like Ravi Patil, a hard-hitting batsman from Mumbai, who smashed one century on South Africa. Gurudas Raut from Nagpur, is a fast-bowler, who has only one arm. Raut has bowled to the Indian team at the nets in the past. And there is Tushar Paul, the wicketkeeper of this team who has an artificial leg. CricketCountry will be bringing to you a feature on the PCCAI and their player’s journey. 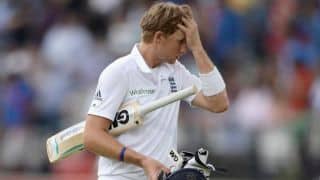 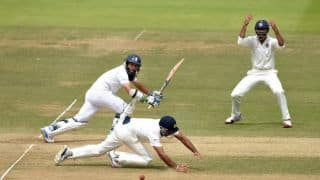