Sources say Sethi is keen to have a person who could endorse his policies.

The Ministry of Inter-Provincial Coordination Committee on Sports has named Justice (Retired) Sair Ali as the acting Pakistan Cricket Board (PCB) chairman and also the chief election commissioner tasked with holding fresh elections to appoint the new chief of the board, the Dawn reported on Monday.

On July 21 the double-bench of the Supreme Court, while disposing of different cases of the PCB, had ordered the prime minister as patron of the PCB to appoint an ad hoc chairman and an election commissioner to hold fresh elections inside 30 days. The latest development has effectively put an end to the controversial term of Najam Sethi as the chief of the board, a period which saw the chairmanship change hands between him and Zaka Ashraf several times.

Meanwhile, sources told Dawn that Sethi has put his weight behind ex-PCB chief Arif Abbasi and also met him in Karachi to offer him his support as the next chairman of the cricket board. Since Sethi is quite close to the PM, his recommendation for the next PCB chairman will carry a lot of weight.

The sources say that Sethi is quite keen to have such a person as the next PCB chairman who could endorse his policies and uphold the many decisions taken during his tenure. Sources further said Arif is most likely to accept all terms and conditions put forward by Sethi in order to get elected as the new chairman. Sethi will continue to act as a member of the powerful Governing Board for the next three years. 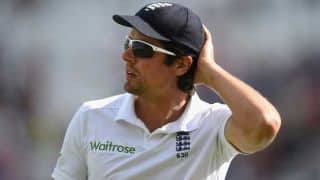 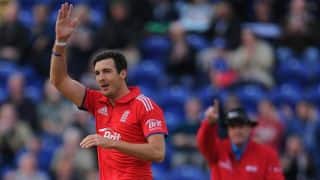 Steven Finn signs on with Middlesex