Indian women will plunge into the three-game ODI rubber against England in Mumbai from Friday.

Indian women will plunge into the three-game ODI rubber against England in Mumbai from Friday with their confidence bolstered by their recent 2-1 series victory against New Zealand in the latter’s backyard.

With it being a short series, the outfit that wins the opening game, will be at a big advantage going into the next two clashes with all of them to be played at the Wankhede Stadium as part of the ICC Championship.

The hosts cannot afford to take England lightly, as the visiting team boasts of some big names in women’s cricket.

Opener Smriti Mandhana, who amassed 196 runs including a hundred and a 90 in New Zealand, will be a key player with the bat for the Indian women’s team.

There are others too such as the experienced captain Mithali Raj, the first woman cricketer to appear in 200 ODIs.

However, the hosts will miss the aggressive Harmanpreet Kaur, who was ruled out of the entire series with an ankle injury and has been replaced by Harleen Deol.

Then there is also the young Jemimah Rodrigues to shore up the home teams batting. It would be interesting to see whether Rodrigues or Punam Raut, who played her last ODI against Sri Lanka in September 2018, gets a look in.

The Mithali Raj-led team has had middle-order issues in the past and newly-appointed coach WV Raman would be keen to sort them as quickly as possible.

But the hosts would not have an easy outing facing the English attack.

The Indian bowling has an all-round look with the pace attack being led by veteran Jhulan Goswami and also comprising the likes of Shikha Pandey and Mansi Joshi.

With spin being a key element on Indian wickets, the role of slow bowlers Deepti Sharma, Ekta Bisth and Poonam Yadav in the middle overs would be crucial.

England eves, on the other hand, are a force to reckon with in the 50-over format. They have experienced campaigners in the top-order such as Danni Wyatt (746 runs in 61 matches) and 28-year-old Heather Knight.

Heather, with 2,331 runs to her credit in 86 ODIs, displayed good form in the practice game against the Board Presidents XI and showed her anchoring capabilities.

With allrounders like Sophie Ecclestone, experienced pacer Anya Shrubsole and accurate medium pacer Nat Sciver in the reckoning, England have the bowling attack to trouble the hosts.

Anya would also take confidence from her four-wicket haul in the warm-up game. 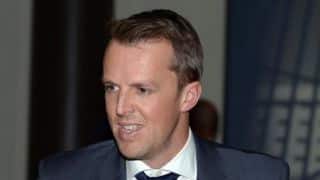 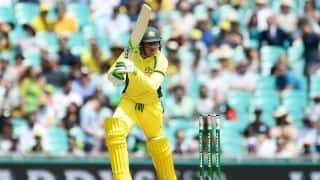