West Indies haven't won an ODI series in India over the past 12 years and it's against this backdrop that they face the hosts in the first ODI in Guwahati.

Fact: The last time West Indies won an ODI series against India was 2006. It is against the backdrop that poor record over the past 12 years that Jason Holder s West Indies meet Virat Kohli s India in the first ODI in Guwahati on Sunday.

India are second in the ICC ODI Championship with 122 ratings points, while the tourists are down at ninth behind Bangladesh and Sri Lanka and two points ahead of Afghanistan. India won the Tests 2-0 and before that, under Rohit Sharma, recently won the Asia Cup title in the UAE with an unbeaten record. West Indies, by contrast, lost the ODI and T20I parts of their home series with Bangladesh and earlier this year were runners-up at the 2019 ICC Cricket World Cup Qualifiers in Zimbabwe.

West Indies have named a depleted squad without Chris Gayle and Andre Russell, and with Evin Lewis pulling out of the series on Wednesday the make-up of the visiting side has been further depleted.

This will be the first ODI played at the Barsapara Cricket Stadium in Guwahati, which previously hosted a low-scoring T20I between India and Australia in October 2017.

Weather: Bright and sunny with a high of 31 degrees

With Kohli back, Ambati Rayudu should slot down a spot to No 4 after a good run during the Asia Cup. Rishabh Pant was included in India s 14-man squad for the first two ODIs against West Indies and on Friday, dropped a major hint that he is line to make his ODI debut come Sunday. Manish Pandey got one chance during the Asia Cup and given that he was retained, he should be the one to bat at No 6.

Mohammed Shami and Umesh Yadav are the seniors in the absence of Bhuvneshwar Kumar and Jasprit Bumrah, and the third option is the rookie from Rajasthan, Khaleel Ahmed. Given that he is a left-armer, Khaleel could get the nod alongside Umesh.

With Lewis opting out of the tour, Kieran Powell will bat at the top given the lack of opening options. The uncapped Guyana opener Chanderpaul Hemraj, 25, looks set for a debut. With Marlon Samuels back in the ODI side, the batting is bolstered and the veteran will have to be counted for especially given his record in India. Sunil Ambris looks set for his first ODI since September 2017, with Rovman Powell and Holder completing a solid lower middle order.

Ashley Nurse and Devendra Bishoo should form the spinning quotient with a pace attack led by Kemar Roach.

– The Guwahati game will be Samuels 200th ODI. He will become the eighth West Indies player to reach the milestone.

Bowling fast is my strength and I think my left-arm pace can be beneficial for India. I feel my pace and the extra bounce that I can extract, that has given me plenty of wickets in the domestic format and I believe that can be a reason behind the selectors showing their faith in me. – Khaleel Ahmed 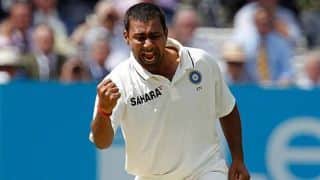 Praveen Kumar announces retirement from all forms of cricket 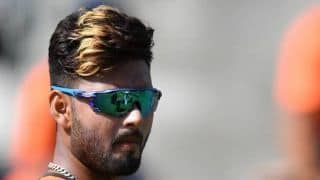