Babar Azam and Shan Masood hit centuries on Day 2 of the first Test against Bangladesh handing Pakistan a 109 run lead when the play came to a close on Saturday. When the bails were drawn, Babar was unbeaten on 143 alongside Asad Shafiq who was batting on 60 as the hosts made 342/3, taking control of the Test being played at the Rawalpindi Cricket Stadium.

However, the start to the day for Pakistan was in a stark contrast to how it ended. Opener Abid Ali was dismissed by Abu Jayed in the second over of the morning for a six-ball duck. Jolted by that early blow, Pakistan recovered through Masood and captain Azhar Ali who added 91 runs for the second wicket.

Azhar had settled in nicely when Jayed struck again to have him caught for 34 off 59. Meanwhile, Masood continued to bat and went on to score his third Test century. He was dismissed on 100 off 160, an innings during which he struck 11 fours.

Babar was in his elements as he brought up a fifth Test ton and has so far struck 19 fours and a six. With Shafiq, he has added 137 runs for the fourth wicket. Bad light forced an early end to the day’s play with Pakistan firmly in the driving seat.

Masood hailed Azam’s innings, calling him a ‘great batsman’ “We have batted our way to take the team in a strong position and hope that the remaining batsmen come and score so that we can build a good lead,” said Masood. “When Babar was coming out to bat the crowd chanted ‘Babar, Babar’ and that is the sign of a great batsman who is so popular.”

Bangladesh were bowled out for 233 in their first innings after Pakistan opted to bowl first. 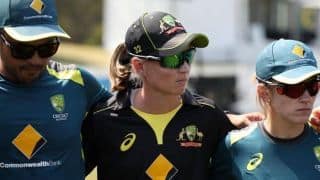 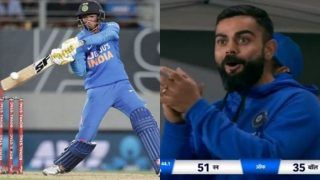