Mushfiqur Rahim and Liton Das led Bangladesh's brief recovery with a half-century stand but India continue to hold upper hand over the visitors, who reached 191 for 6 at the tea interval on Day 3 of the Indore Test. 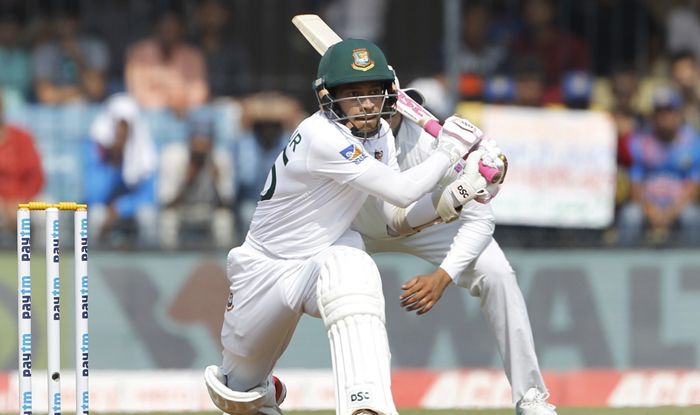 Mushfiqur Rahim and Liton Das led Bangladesh’s brief recovery with a half-century stand but India continue to hold upper hand over the visitors, who reached 191 for 6 at the tea interval on Day 3 of the Indore Test. Mushfiqur, dropped on four by Rohit Sharma, capitalised on the early reprieve and registered the 20th fifty of his Test career. He forged another half-century stand with Mehidy Hasan, but despite that, Bangladesh trail India by 152 runs at the break.

Shami, who had dismissed Mominul Haque and Mohammad Mithun, picked up a third early into the second session. The ball was wide outside off and Mahmudullah, playing away from the body managed a healthy edge, which this time, was safely grabbed by Rohit. Bangladesh, who were troubled by India’s pace in the first session, looked comfortable once spin was introduced in the 23rd over, scoring 17 boundaries since.

With Ashwin and Jadeja operating, Das and Mushfiqur looked a lot at ease. Das began with a crisp cover drive off Shami and followed it with back-to-back fours off Ishant Sharma. He was brilliant against the full deliveries, and whipped Ishant off his pads for another boundary. Jadeja and Ashwin weren’t spared either as both were struck for boundaries but the offspinner latched on to an easy caught and bowled to end Das’ brief but entertaining stay.

But Mushfiqur carried on. Top-scorer in the first innings, Mushfiqur’s first boundary came in the 28th over, 16 overs after he came out to bat. He took Jadeja for consecutive boundaries a slog sweep and a cut past point. Jadeja was taken to task again, with Mushfiqur hitting him for two boundaries in three balls in the 35th over. Terrific against the short ball, the Bangladesh wicketkeeper batsman rocked back onto the backfoot and punished Jadeja and Ashwin everytime they produced half-trackers.

Mehidy did not hold back and batted with intent. He danced down the wicket to whack Ashwin down the ground and followed it with a couple of fours. A slash off Umesh Yadav flew over the slip cordon before Mehidy thumped Shami over covers for a thunderous boundary. 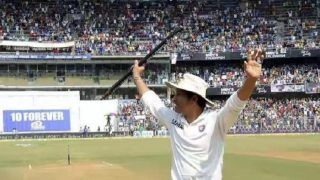 This Day That Year: When Sachin Tendulkar Bid Adieu to International Cricket | India.com