The day belonged to the current toast of the Indian team, Pant, who smashed five towering sixes -- all in the arc between long-on and deep mid-wicket.

Rishabh Pant once again justified his selection ahead of a seasoned campaigner like Wriddhiman Saha in Team India’s playing XI with another edge-of-the-seat knock that provided India some sort of respite against England on day three of the first Test in Chennai on Sunday. However, Pant’s customary indiscretion became the reason for his departure as he failed to reach the coveted three-figure mark by just nine runs. The hosts are now under the pump against a supremely confident England who are gunning for victory in the opening Test. At stumps, India were 257 for 6 in reply to England’s massive first innings score of 578 with 122 runs still needed to avoid the follow-on after Pant – 91 off 88 balls – and Cheteshwar Pujara – 73 off 143 balls – added 119 runs for the fifth wicket. HIGHLIGHTS

Washington Sundar – 33 batting, 68 balls, primarily a batsman converted into a specialist off-spinner, was trying to make amends for his poor show with the ball in company of Ravichandran Ashwin – 8 batting, who is never tired of a good on-field scrap, at stumps. With a couple of days’ play still left, it will be interesting to see if England team management decides to give its bowlers some respite if it gets a chance to enforce the follow-on. SCORECARD

The day belonged to the current toast of the Indian team, Pant, who smashed five towering sixes — all in the arc between long-on and deep mid-wicket off left-arm spinner Jack Leach (17-2-94-0). Leach didn’t exactly know what had hit him.

Sourav Ganguly treated left-arm spinners with disdain but what Pant showed on Sunday was more of pure, unadulterated contempt.

Leach wanted to target the rough outside Pant’s off-stump but every time he tossed it up, the stocky man from Rourkee came out like a raging bull who had been shown the red rag and hit the spinner with the turn into the Chepauk stands.

He dazzled with his brilliance and then in an annoying manner, forgot that discretion is always the better part of valour while trying to hit off-spinner Dom Bess (23-5-55-4) over extra cover against the spin.

That’s Stumps on Day 3 of the first @Paytm #INDvENG Test!

This was after dispatching England’s most successful bowler to the square leg boundary. And he found the only man stationed at the deep extra cover — none other than Leach, who latched onto it as if his life depended on it.

It was an innings that can evoke different emotions depending on one’s own perception of Pant.

A Pant fan who loves his craft will feel an overriding sense of joy and exhilaration just seeing him hit Leach for four sixes few minutes after India were down and out at 73 for 4. Or just smack James Anderson through the cover region.

If one is talking about a Test cricket fan then exasperation can take over just thinking about the possibilities had he decided to exercise some caution. Pant has quite literally thrown away Test hundreds four times in his short career.

But then that’s Pant. There won’t be any middle path and perhaps the Indian team management will now try to mould itself rather than trying to change him which obviously didn’t work for both parties.

Just like they don’t want to change Cheteshwar Pujara, whose 73 off 143 balls over nearly four hours, was in complete contrast to Pant’s pyrotechnics.

The Indian team’s ‘PPP’ model — the ‘Pant-Pujara Partnership’ worked and even more so because the senior player was dispatching those boundary balls during their 119 runs stand in just over 24 overs.

But then Virat Kohli, who looked a touch dejected in the end, wouldn’t mind if Pant’s shot had sailed into the stands. Pujara’s pull had bounced off Ollie Pope stationed at forward short leg off Bess only to lob into the waiting hands of Rory Burns.

Bess easily impressed as he got the ball to dip and drift, something that worked for him while outfoxing Virat Kohli (11), who was caught at forward short leg.

Ajinkya Rahane (1) was brilliantly caught by Joe Root when a full toss dipped on him at the final moment. This was after Rohit Sharma (6) and Shubman Gill (29 off 28 balls) were dismissed by Jofra Archer (16-3-52-2). 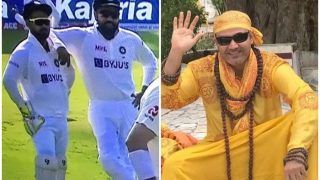 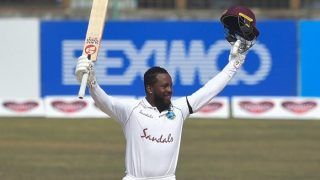