With the series levelled at 1-1, India and Australia fought out a draw at Ranchi.

The Ranchi Test of 2016-17 between India and Australia is best remembered for Steven Smith’s classic, Cheteshwar Pujara and Wriddhiman Saha’s resistance, Virat Kohli’s shoulder injury, the match-saving stand between Peter Handscomb and Shaun Marsh, and outstanding bowling from Ravindra Jadeja. With the series levelled 1-1, India and Australia fought out a draw at Ranchi. The Test has now hit headline for wrong reasons. Controversies continue to follow Australian cricket after the ball-tampering scandal has rocked cricket.

Al Jazeera‘s documentary on match-fixing seems to be opening the Pandora’s box. There are allegations that during the Test, some Australians scored at a rate specified by fixers to suit their betting, which isn’t legal in India.

Aneel Munawar, an Indian national, who works for crime syndicate D Company, named two Australian cricketers involved to the undercover reporters. The names were edited in the documentary but Al Jazeera said that they will be happy to pass on all information to investigating authorities. According to the news organisation, Munawar’s information on the scoring rate proved to be true.

Cricket Australia (CA) has requested Al Jazeera for the raw unedited footage: “Together with the ICC, we are aware of the investigation by Al Jazeera into alleged corruption in cricket,” CA chief executive James Sutherland said in a statement. “Although not having been provided an opportunity to view the documentary or any raw footage, our long-standing position on these matters is that credible claims will be treated very seriously and fully investigated.

“Cricket Australia will continue to fully co-operate with the ICC Anti-Corruption Unit in its review of the matter. Neither the ICC or Cricket Australia is aware of any credible evidence linking Australian players to corruption in the game. Cricket Australia and the ICC take a zero-tolerance approach against anyone trying to compromise the integrity of the game.

“We urge Al Jazeera to provide all unedited materials and any other evidence to the ICC investigation team, so, if appropriate, a full and thorough investigation can be conducted.” 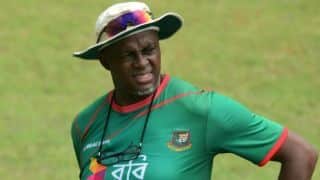 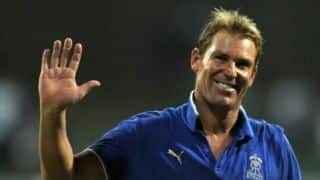