Hodge played six Tests for Australia between 2005 and 2008 with the fourth Test against South Africa being his one and only at the MCG.

Former Australia batsman Brad Hodge called the 2005 Boxing Day Test at the MCG against South Africa “one of the biggest regrets” of his cricketing career, referring to the overwhelming attention he received from all quarters following his double century in the previous Test at Perth. Hodge played six Tests for Australia between 2005 and 2008 with the fourth Test against South Africa being his one and only at the MCG.

“It was a dream come true, but it s also one of the biggest regrets I ve had in cricket, if not the only one,” Hodge told SEN. “On that particular day I didn t really play or have the courage to play the way I wanted to play. The build-up to the Boxing Day Test was a really tough one for me and I hadn t had that before.”

Coming off a 41 and an unbeaten 203 in the third Test, Hodge scored 7 and 24 at the MCG, out caught behind in both innings. In the fifth and final Test of the series at the SCG, Hodge contributed 6 and 27 not out before being axed despite averaging an impressive 77. He was not included for the return tour to South Africa and Damien Martyn took his place. Hodge played just one more Test for Australia in 2008 against West Indies and finished his Test career with Australia averaging 59 from six Tests.

“I was coming off a 200 in Perth, there was media attention, there was family attention, there were all sorts of things that distracted me from the game of cricket.” Hodge explained. “I probably wasn t in the right space to be able to combat that and when the game came around, I asked Ricky (Ponting) how he did it and basically, I tried to follow the recipe of which he had been successful at and failed pretty miserably.

“One of the things I would have loved to have done was have another crack at the Boxing Day Test and play the way I knew how to play.” 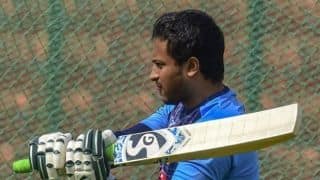 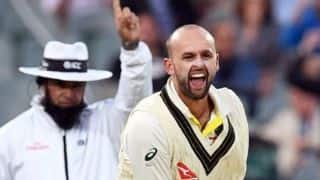