Barbadian Kyshona Knight will join her twin sister Kycia in the West Indies women's team for the ICC Women's World Cup in India later this month. 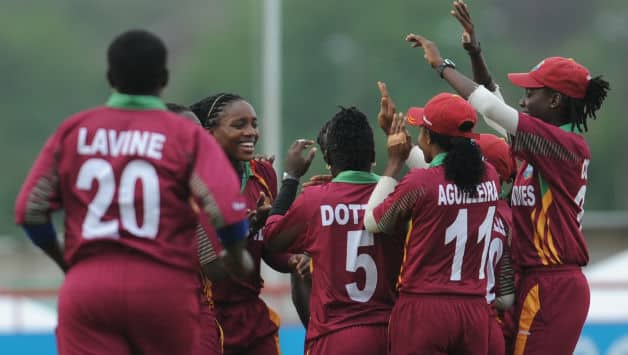 Barbadian Kyshona Knight will join her twin sister Kycia in the West Indies women’s team for the ICC Women’s World Cup in India later this month.

Kyshona, a left-handed batter and right-arm seamer, is the only newcomer in the 15-member squad which was unveiled on Thursday.

“It is a great feeling to be selected in the West Indies team with my sister,” said Kyshona. “This is a dream for both of us.”

Kycia, a left-handed batter and wicketkeeper, made her international debut last year and was a member of the team that reached the semi-finals of the ICC Women’s World Twenty20 Tournament last year in Sri Lanka.

“I wanted to join her from the time she made the team last year and I’m pretty excited right now that our dream of playing together for the West Indies has been realised,”said Kyshona.

“Not many sisters, especially twins, play the same sport and achieve similar success,” she said.

The Windies women will play in Group A alongside defending champions England, hosts India, and Sri Lanka. Group B will include Australia, New Zealand, Pakistan and South Africa.