Tai Tapu School in Lincoln on the outskirts of Christchurch has been chosen as the venue.

New Zealand‘s squad for the 2019 ICC Cricket World Cup will be announced on April 3 at Tai Tapu School in Lincoln on the outskirts of Christchurch, as part of New Zealand Cricket (NZC) efforts to have a grassroots theme to the big day.

The decision to move out of the board’s headquarters in Auckland was also taken keeping in mind the Christchurch mosque attacks of March 15 in which 49 were killed.

The naming of the squad will come three weeks before the ICC deadline of April 23 to submit World Cup squads.

Brendon McCullum’s Black Caps reached the final of the 2015 World Cup where they lost to Australia. 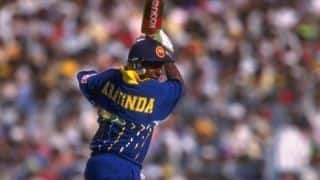