BBC Test Match Special has secured rights to broadcast ball-by-ball coverage of the ICC Cricket World Cup 2019, which is to be held in England and Wales next year. Test Match Special will be broadcast to fans on multiple platforms across the United Kingdom, including on BBC Radio 5 live Sports Extra, Radio 4 Long Wave and the BBC Sport website.

The broadcast of the ICC Cricket World Cup 2019 is part of a long-term deal with Channel 2 Group Corporation, ICC’s Global Audio Rights Partner, who hold exclusive rights to sub-license audio rights to ICC events until 2023.

The deal will ensure that TMS covers all the ICC’s major events through to the 2023 Cricket World Cup in India – including the Women’s World Cup in New Zealand in 2021 and the men’s and women’s ICC World Twenty20 events.

ICC Chief Executive David Richardson said, “Next year is going to be as big as it gets as fans look forward to the ICC Cricket World Cup with anticipation. That the ball-by-ball coverage of the tournament will be broadcast on BBC Test Match Special is great news, it is part of the fabric of our game and has tremendous reach on multiple platforms across the United Kingdom.”

Ajay Sethi, Chairman – Channel 2 Group Corporation, said, “BBC TMS has an incredible fan base, who have been enjoying cricket coverage for over 60 years, and so we are thrilled to have partnered with TMS until 2023. We now look forward to securing additional radio broadcasters to ensure all cricket fans worldwide are given the chance to listen to coverage of the ICC Cricket World Cup 2019.”

Ben Gallop, Head of BBC Radio and Digital Sport, meanwhile, commented, “The iconic Test Match Special is, undoubtedly, the home of cricket of the radio. We’re in for a truly exciting summer next year, and I’m really pleased that we can offer our dedicated listeners comprehensive coverage of the ICC Cricket World Cup. Our ball-by-ball commentary will ensure fans won’t miss a moment of the action on 5 live Sports Extra and the BBC Sport website.”

The 2019 ICC World Cup will begin from May 30 and will run till July 14 at the England and Wales. 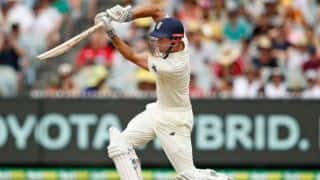 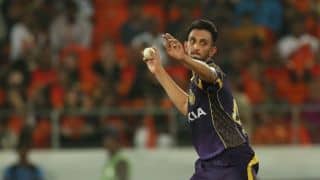