Teams from 24 States of India, consisting of 384 visually impaired players, will converge on 6 Grounds in the National Capital Region (NCR) of Delhi to participate in the IndusInd Bank Nagesh Trophy National T20 Cricket Tournament for the Blind 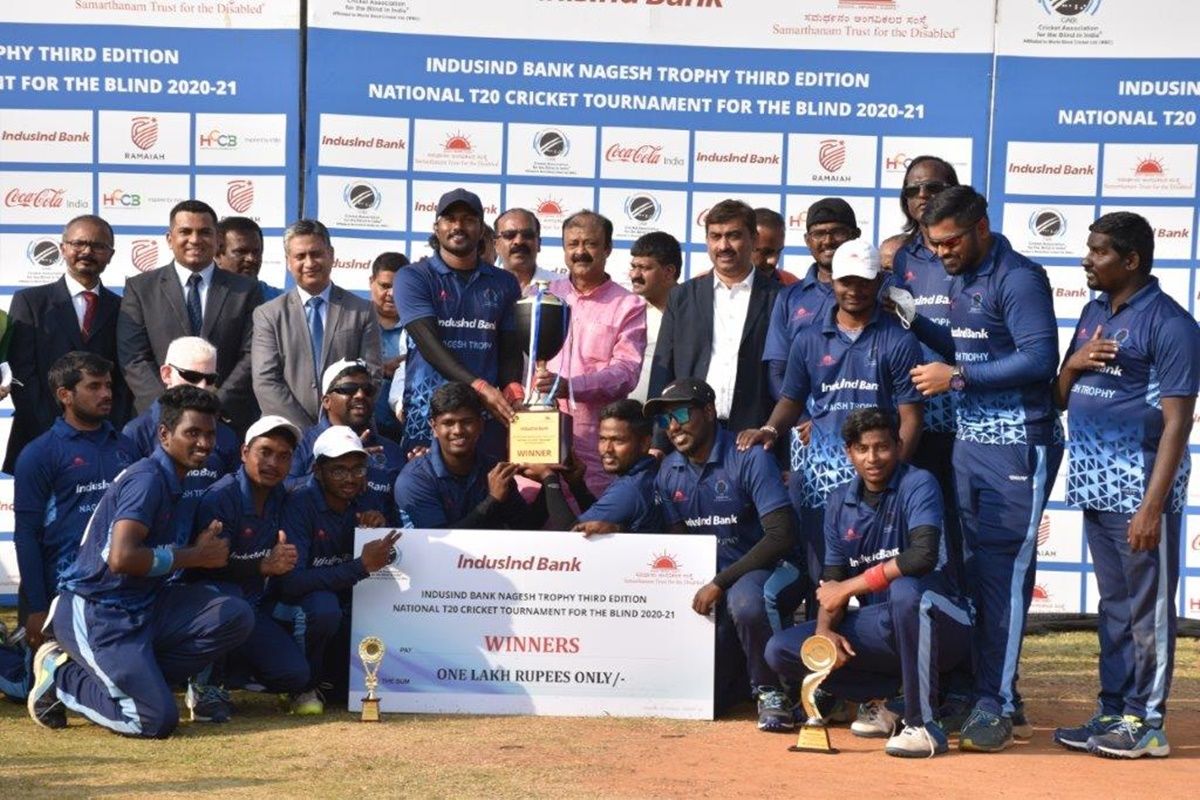 New Delhi: Teams from 24 States of India, consisting of 384 visually impaired players, will converge on 6 Grounds in the National Capital Region (NCR) of Delhi to participate in the IndusInd Bank Nagesh Trophy National T20 Cricket Tournament for the Blind 2021-22 4th Edition from 16th November 2021 25th November 2021.

The Cricket tournament is being organised by The Cricket Association for the Blind in India (CABI) in association with the Samarthanam Trust for the disabled and will help in selecting key players for the upcoming International Championships.

The grounds where the matches are being played include Sirifort, Saket, Dwarka in Delhi and Tau Devi Lal Cricket Stadium, TERI 1 & 2 grounds in Gurugram. The finals will be played in Shri Arun Jaitley Stadium Delhi.

The inauguration of the IndusInd Bank Nagesh Trophy National T20 Cricket Tournament for the Blind 2021-22 4th Edition will be held at Tau Devi Lal Cricket Stadium, on November 16th 2021 3.30 pm in the presence of Deputy Chief Minister of Haryana Shri Dushyant Chautala, along with renowned Guests and Donors.

The award includes trophies for Winner, Runner, Man of the Matches (67 nos) Man of the Series (3nos) (for B1, B2 and B3 Categories)

“Cricket has been a great motivator for the players. It also has shown that if played in the correct conditions there is no dearth of talent here and can become a career opportunity for players with talent,” Dr Mahantesh further continued.

Nagesh trophy is a platform that will create opportunities for all the State associations to strengthen local boards and cricketing talent amongst the blind. It was launched in the memory of Late. SP Nagesh, who was a role model, sports person bringing change in the life of people with disabilities.

About Samarthanam Trust for the disabled

Samarthanam Trust for the disabled is an award-winning NGO working together to lift and empower every individual with impairments from weaker backgrounds through developmental initiatives focusing on educational, social, economic, cultural and technological aspects. Samarthanam aims to empower 100,000 disabled lives by the year 2030 and envisions an inclusive society free from discrimination where persons with disabilities become agents of change in the society living with dignity and respect.

The Cricket Association for the Blind in India, a sports initiative of Samarthanam, envisions establishing a strong cricketing ecosystem exclusively for the visually impaired in the country. Cricket for the Blind is a magnificent display of how the visually impaired can triumph over challenges in life and overcome it through cricket. By promoting the game, CABI believes that the visually challenged have the right to be a part of the sport and look at life positively, gain confidence and strive to be winners in every sphere of life. 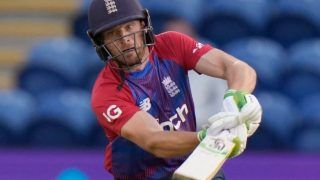 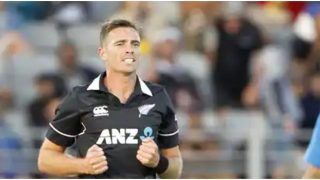