India batting stalwart VVS Laxman has rated his 167 against Australia at Sydney as his career-defining moment.

He played several match-winning knocks during his illustrious career, including the famous 281-run innings at Eden Gardens but former India batting stalwart VVS Laxman has rated his 167 against Australia at Sydney as his career-defining moment.

Laxman handpicked his maiden century against Australia at Sydney in 2000 as the best of the lot out of his 17 Test tons. “281 is definitely a very memorable knock and a match for me, that Kolkata Test match and the series itself. But, 167 gave me the confidence that I can perform at the highest level,” he told reporters during the release of his his autobiography ‘281 and Beyond’ on Thursday.

“Because the situation we were in, and the conditions, it was quite challenging condition and also one of the best bowling line ups in world cricket.

“To go out and get my first Test 100. That was very important for me to realise that I had the potential to perform even at the highest level. So, I think that 100 gave me the confidence that I can take on the best in various conditions and various situations. That turned around my career if I may say,” Laxman added.

Asked about his decision to retire in the middle of a Test match in his home town of Hyderabad, Laxman said: “But then, retirement or any decision you take, you have to be comfortable with that decision. I felt deep down that it was right time for me to quit the game and move on.

“So, I don’t at all regret while lot of fans still feel very disappointed and disheartened that they did not see me bat for one last time in Hyderabad.” 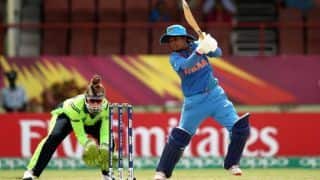