India A women's captain Harmanpreet Kaur smashed six boundaries and three hits over the fence during her 32-ball 57.

Veteran batswoman Mithali Raj bounced back to form with an unbeaten century to lead India A women to a dominating 28-run over Australia A women in the second Twenty20 match at the Bandra-Kurla Complex ground in Mumbai on Wednesday.

Raj, who registered scores of 12, 11, 13 and 17 (she did not play in one match) in the five-match T20Is against Sri Lanka last month, blasted her way to a 61-ball 105 after skipper Harmanpreet Kaur opted to bat. Raj’s 105 is the highest score by an Indian woman in T20 cricket, eclipsing the record set by Smriti Mandhana in the Kia Super League early this year.

The BCCI had fielded an India A team for the T20 series consisting players from the senior side in view of the ICC Women’s World T20 in the Caribbean next month.

Opting to bat, India A slipped to 61/3 in the ninth over. Raj s opening partner Mandhana, who had scored a match-winning 72 in the previous clash, departed for just 1 off Lauren Cheatle. Jemimah Rodrigues too failed to capitalise on the opportunity and walked back after adding five runs.

It boiled down to a 85-run partnership between Raj and Kaur as the duo steered the Indian s innings from 66/4 in the ninth over to 151/5 in the 18th over. Raj smashed 18 boundaries and one six en route her 61-ball knock, while Kaur decorated her 32-ball 57 with six boundaries and three hits over the fence as India A women finished their innings at 184/4. For the visitors, Tahlia McGrath claimed two wickets, but was expensive, going for 36 in her three overs.

Heather Graham, who scored 43 in the previous match, this time did not offer much resistance and was dismissed for 24 off medium pacer Pooja Vastrakar. With as many as five batswomen registering single-digit scores, Australia A women ended their run chase at 156/9 to hand the hosts their second consecutive victory and the series. Off-spinner Deepti Sharma was the pick of the bowlers returning with figures of 2/8 in her four overs.

The third and final T20, now an inconsequential one, will be held on Friday at the same venue. 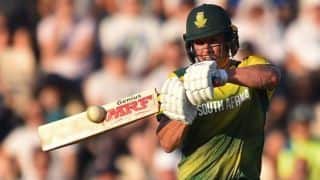