Shivam Dube was promoted to No. 3 and the rookie allrounder made full use of the chance, hitting a maiden international half-century to lead India to a competitive 170/6 against West Indies in the second T20I in Thiruvananthapuram on Sunday.

Dube scored 54 off 30 with three fours and four sixes on what was a sticky wicket with Hayden Walsh (2/28) and Kesrick Williams (2/30) the pick of the West Indies bowlers.

While Hyderabad produced a belter of a track, the pitch at the packed Greenfield International Stadium wasn’t as friendly to the batsmen with the slower bowlers coming in to play. KL Rahul (11), who scored a measured fifty in the series opener, was snuffed out early with Khary Pierre slowing down the pace after spotting the Indian getting in line for a slog-sweep.

Dube then walked out at No.3 instead of captain Virat Kohli and the decision proved fruitful as he put on display his power-hitting skills. After getting a hang of the conditions that included a not-so-convincing hoick for his first four. Dube cut loose against the Jason Holder in the eighth over with a six and four off consecutive deliveries. He then took on West Indies captain Kieron Pollard’s military pace, clubbing three sixes in his one over from which India creamed 26 runs.

He reached his fifty off 27th delivery but was out after adding a boundary to his total, holing out extra cover.

Meanwhile, Kohli had begun in a similar fashion has his career-best knock in Hyderabad and had reached 19 off 16 when he was removed by Kerick Williams in the 13th over. And this time, there was no notebook celebration with Williams simply putting a finger on his lips.

In Rishabh Pant and Shreyas Iyer, the hosts still had firepower for a late flourish but West Indies bowlers did well to keep them quiet. Pant remained unbeaten on 33 off 22, an innings that featured three fours and a six. 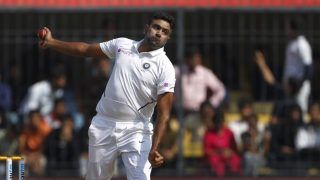 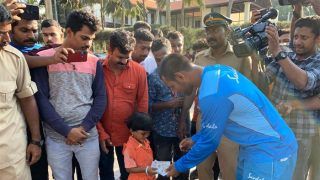