Two early wickets have put New Zealand in control of the second Test in Hamilton as England ended the Day 2 on a nervy 39/2. Two early wickets have put New Zealand in control of the second Test in Hamilton as England ended the Day 2 on a nervy 39/2, still trailing by 336 runs. At the close of play opener Rory Burns (24*) had his captain Joe Root (6*) for company with the tourists playing catch-up to save the Test and the series.

Tim Southee gave New Zealand an early success after the hosts made 375-all out. Dominic Sibley was adjudged lbw for 4 before Matt Henry accounted for No. 3 Joe Denly (4).

However, the day began on a bright note under gloomy skies for England as they made two early strikes after New Zealand resumed on their overnight total of 173/3.

Latham struck a four before Stuart Broad (4/73) cleaned him up for 105. Broad was in action again as he took a catch to send back Henry Nicholls on 16, leaving New Zealand 191/5. However, BJ Watling again stonewalled their efforts, combining with debutant Daryl Mitchell to help them shake off the early blows.

The pair struck half-centuries apiece in a partnership that was worth 124 runs for the sixth wicket. Watling followed up his match-winning double-ton in the first Test with a fighting 55 off 192 that had seven fours. Mitchell logged the second highest score of the New Zealand innings, 73 off 159 with eight fours and a six.

The pair was separated when Broad removed Watling by by then the score had reached a solid 315. The lower-order pair of Mitchell Santner (23) and Tim Southee (18) added to the misery of England. 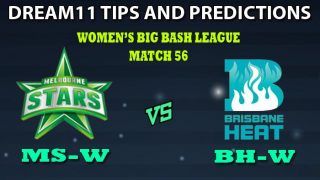