Australia are seven wickets from retaining the Ashes but the England skipper is still there.

Former England captain Mike Atherton has been moved to term Joe Root‘s unbeaten innings against Australia on day three of the third Ashes Test as potentially the most pivotal of his career.

Australia need seven wickets to retain the historic Ashes urn, after reducing England to 156/3 by the end of play Saturday at Headingley, but Root’s 75 from 189 deliveries has given the hosts reason to believe.

After consecutive ducks in the second innings at Lord’s and the first at Headingley, England skipper Root dug his heels in to keep Australia at bay but his team still faces a massive challenge. Two days remain in the Leeds Test, and England are 203 runs short of a record target of 359.

Atherton believes that Root’s innings is the most important of his captaincy career.

“This is probably his most important innings as England captain because if you think when he came out today he was on a pair, on his home ground, the Ashes are at stake and if England lose then the Ashes have gone,” he wrote in his Sky Sports column. “That’ll be the second successive Ashes series where he has not got his hands on the urn and not many England captains get the chance of captaining in three Ashes series. He will have known all that, it was a hugely important innings and he played beautifully.”

Root and Joe Denly (50) put on 126 after England lost two wickets with the score intact at 15. Denly was dismissed after batting 155 deliveries, but Root was joined by Ben Stokes – Man of the Match at Lord’s – who faced 50 deliveries for just two runs as the hosts went into stumps without further loss.

“With another 203 still needed to win, England need more of the same from their batsmen tomorrow. The key thing is going to be the new ball. That will become available after about eight overs on day four so about half an hour or 40 minutes into the day,” wrote Atherton.

“That is going to be the key passage of play but England have got to play the same way, the resilience shown by Root and Joe Denly against some top class and disciplined bowling was excellent to see and much needed after the disappointment of the first innings.” 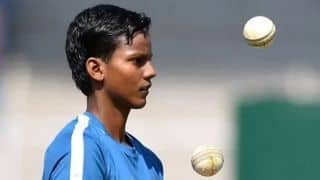 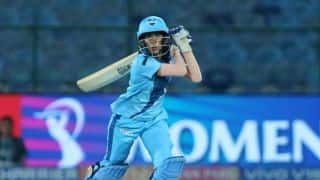