Despite Kane Williamson's absence, New Zealand are favourites for 3-0.

Avoiding a 0-3 loss is the task for an injury-hit and undercooked Bangladesh as they face New Zealand in the final match of the series in Dunedin on Wednesday.

Bangladesh remain winless against the Black Caps in New Zealand after another loss over the weekend, in which the batting and bowling again did not compete strongly enough. The visitors have regularly lost their openers early and further losses have meant that the pressure has fallen on Mohammad Mithun and the lower order to get the total past 200. Mithun has done well with two fifties and in both ODIs one batsman has chipped in below, but there just has not been enough firepower with bat and ball to push New Zealand. (READ: 2nd ODI: Guptill ton secures ODI series for New Zealand)

Two centuries in a row to Martin Guptill has hastened New Zealand’s wins and even with Kane Williamson out of the Dunedin ODI, the hosts are the favourites.

Tom Latham will lead New Zealand at University Oval, where the team has never lost an ODI.

With Williamson out and Colin Munro back, Henry Nicholls will drop down to a new spot – that of No 3. Tim Southee is the only member of the squad not to get a game, and he could slot in for Trent Boult. (READ: Ferguson relishes being that “aggressive death-overs bowler”)

Liton Das has scores of 3, 1 and 1 on tour. Soumya Sarkar could be pushed up to open, with an extra bowler added.

On four occasions teams have scored over 300 at University Oval, three times being New Zealand. Ross Taylor’s stunning 181 not out was scored there last year, which shows what kind of runs can be had. While rain is forecast for Tuesday, on Wednesday it is predicted for clearer conditions with a high of 18 degrees.

“I don’t look too far ahead, but all going well I’ve hopefully got a couple of years left with the New Zealand team.” – Ross Taylor

“I don t know why we are failing to beat them here despite we came to New Zealand on three to four occasions. We have beaten them in Ireland and England and so there is no reason why we cannot beat them here.” – Tamim Iqbal 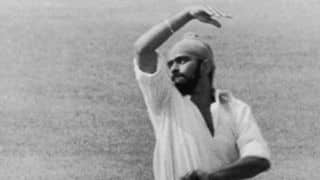 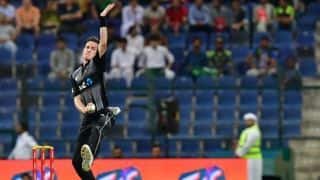