Malinga informed about the debut of 20-year-old Mendis and the return of Udana, who last played an ODI in 2012.

Sri Lanka, trailing 0-2 against South Africa, won the toss and opted to field Africa in the third ODI at Durban. As Sri Lanka fight to stay alive, captain Lasith Malinga informed about the debut of 20-year-old Kamindu Mendis and the return of Isuru Udana, who last played an ODI in 2012.

The ones to make way are Dhananjaya de Silva who scored 39 and 15 in the previous two games and Vishwa Fernando who picked up two wickets giving away 43 and 47 runs in the first two one-dayers respectively.

South Africa made two changes as well, swapping allrounder Dwaine Pretorius for Wiaan Mulder in a like-for-like replacement and strengthened their spin attack by bringing in chinaman bowler Tabraiz Shamsi for the pacer Anrich Nortje.

South Africa skipper Faf du Plessis echoed Malinga’s thoughts, expressing his desire to field first as well. “We would have also bowled first,” he said. “Generally, there’s a little assistance in the first innings. We are changing our team, and playing two spinners. Hopefully they’ll come into the match as the pitch gets slower.

“Big picture thinking, with one eye on the world cup. Playing two spinners is an option for us at the World Cup, and then Dwaine Pretorius comes in for Wiaan Mulder. We’re changing our team purely with future thinking. Win or lose today, world cup plans are still the main priority.” 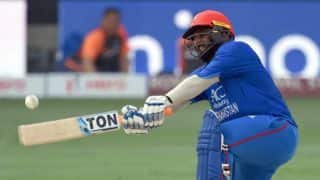 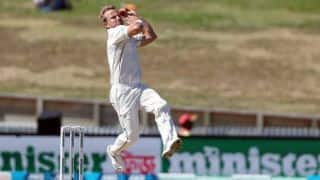