India vs Australia 2020, 3rd ODI: In the final match of the series, Virat Kohli made three changes to his playing XI as he opted to bat first at Manuka Oval. T Natarajan has been given India debut as captain Virat Kohli won the coin toss and opted to bat first in the third and final ODI of the three-match series against Australia in Canberra on Wednesday. The hosts have already closed out the series after winning the first two ODIs by significant margins and will be eyeing a series whitewash.

India made as many as four changes to their playi9ng XI that suffered 51-run defeat in Sydney during the second ODI. Mayank Agarwal, Yuzvendra Chahal, Mohammed Shami and Navdeep Saini have been dropped and in walk Shubman Gill, Kuldeep Yadav, Natarajan and Shardul Thakur.

“Looks a nice wicket and the last time we played here it was a really good wicket to bat on. Want to bat well and put the opposition under pressure. Need to improve the body language in the field and the bowling as well. It’s a result of us not being consistent in the last two games, we are gonna try a few things tonight and see how it goes,” Kohli said during the toss.

Australia made three changes to their playing XI. David Warner misses out due to injury and so does Mitchell Starc who has a slight niggle while Pat Cummins has been rested. In their place, Sean Abbott, Ashton Agar and debutant Cameron Green have been handed a game.

“No such thing as a dead-rubber when you are playing for Australia and we will be doing everything we can to try and win the game,” Australia captain Aaron Finch said at the toss. 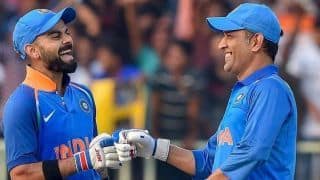 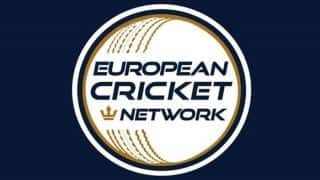