The Meg Lanning-led Australia completed a 3-0 cleansweep over the hosts.

Jess Jonassen and Georgia Wareham shared seven wickets between themselves, scalping four and three wickets respectively, before Alyssa Healy, Beth Mooney and Ellyse Perry chased down the 82-run target as Australia women beat West Indies women by nine wickets in the third T20I at the Kensington Oval, Bridgetown in Barbados on Wednesday.

With this win, Australia women also completed a cleansweep against the hosts. The visitors, who had won the first and second T20I of the series by six and nine wickets respectively, outplayed West Indies yet again to complete an easy win.

Bowling first, Megan Schutt, who scalped two wickets in the match, set the ball rolling for Australia. The right-arm medium pacer dismissed Kyshona Knight in the third over.

The Jonassen-Wareham duo then ran through the West Indies batting line-up as Australia bowled out the Stafanie Taylor-led side for 81.

While opener Britney Cooper scored 29, she found no support from her teammates as the hosts barely managed to go past the 80-run mark.

Australia scored at brisk pacer and chased down the total in 7.3 overs. Wicketkeeper-batsman Healy took the Windies bowling attack to the cleaners. The right-hander scored 38 off 16 balls, hitting six fours and two sixes and put up a 45-run stand for the opening wicket with Mooney.

While Healy perished in the fourth over, Mooney (24 not out off 18 balls) and Perry, who scored an unbeaten 17 off 11 balls, scored the remainder of the runs as Australia, who had earlier won the ODI series 3-0, had an encore to win the three-match T20I series with the same margin. 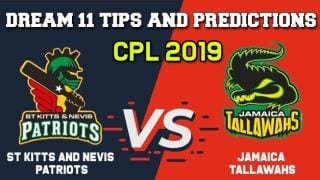 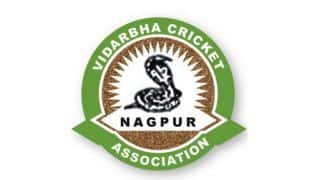