Iyer, who ensured India have something to defend, tonked five towering sixes and three boundaries for his 62 off just 33 which was brought to an end by Sarkar in the 17th over.

A bludgeoning half-century from Shreyas Iyer saved India the blushes as the hosts finished at 174/5 in the series-deciding third and final Twenty20 International against Bangladesh at Nagpur on Sunday.

Put into bat, India were pushed immediately on the backfoot after stand-in captain Rohit, who played a match-winning knock at Rajkot in the previous match, was cleaned up for just 2 by Shafiul Islam. Shikhar Dhawan continued his poor run of form adding just 19 off 16 before his Shafiul’s next victim as early as the sixth over.

KL Rahul and Iyer held the innings together as the duo forged 59 runs for the third wicket. Rahul, who seems to be finding his mojo, looked promising registering a splendid half-century, but was dismissed soon after by Al-Amin Hossain in the 13th over. The Karnataka batsman launched seven boundaries for his 52 in 35 balls.

Rishabh Pant’s spot now looks to be in serious trouble after the wicketkeeper-batsman who has been given a long rope failed to show his credentials and was cleaned up by Soumya Sarkar for a paltry 6.

Iyer then took control of the innings. Case in particular was in the 15th over when he smashed a hat-trick of sixes off Afif Hossain to register his maiden Twnety20 International half-century. The Mumbai batsman, who ensured India have something to defend, tonked five towering sixes and three boundaries for his 62 off just 33 which was brought to an end by Sarkar in the 17th over.

Manish Pandey, who was the only change for India, with Krunal Pandya being left out, hit three boundaries for his unbeaten 22 as India finished at 174/5 in 20 overs. 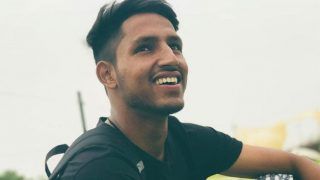 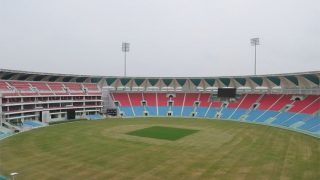