Marnus Labuschagne bossed over the New Zealand attack with 12 fours and a six during his unbeaten century,

Marnus Labuschagne struck his fourth Test century as Australia started their bid for a clean sweep in a dominating fashion, finishing the opening day of their third Test against New Zealand at 283/3 in Sydney.

Labuschange was unbeaten on 130 alongside Matthew Wade, batting on 30, as the hosts piled into a depleted New Zealand team that was forced into making five changes.

Tom Latham took charge of the playing XI after captain Kane Williamson was ruled out due to illness. Also missing from the line-up were. Henry Nicholls and spinner Mitchell Santner also sat out due to ill-health while Tim Southee was dropped for legspinner Todd Astle.

Trent Boult was already ruled out of the Test due to an injury. In came Glenn Phillips, Will Somerville, Matt Henry, Jeet Raval and Astle.

In contrast, Australia were unchanged having already taken a 2-0 unassailable lead in the three-match series.

Australia lost opener Joe Burns on 18 after opting to bat first at the Sydney Cricket Ground. David Warner and Steve Smith then added 56 runs for the second wicket before being separated.

Warner fell five short of his fifty but Smith, who took 39 deliveries to score his first run, made 63 off 182 before becoming Colin de Grandhomme’s second victim.

However, it was Labuschagne who bossed over the New Zealand attack with 12 fours and a six, continuing his excellent form that saw him finishing as the leading Test run-getter of 2019.

Against the backdrop of deadly bushfires, the Test got underway with the players honouring the victims and firefighters with a one-minute applause and sporting black armbands. 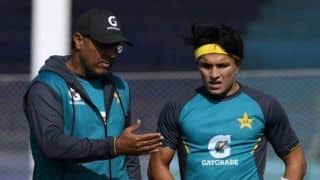 Danish Kaneria was like a brother, part of our family, I never saw him being treated differently: Waqar Younis 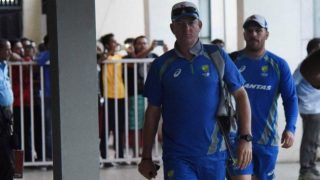