Sri Lanka cannot win the series (they are 0-2 down, while the second T20I was washed away), but victories in both matches will help them level the five-match series.

Sri Lanka Women put up 134 for 5 in the stipulated 17 overs in the rain-hit fourth T20 International, against India Women, at Colombo Cricket Club Ground after Harmanpreet Kaur opted to bowl. Chamari Atapattu (31 in 26 balls, three fours, one six) and Shashikala Siriwardene (40 in 32, three fours, one six) led the charge, with a 52-run third-wicket stand. The partnership ended when Radha Yadav had Atapattu stumped.

Siriwardene later holed out to Veda Krishnamurthy off Deepti Sharma. The Indian spinners did a fantastic job towards the end, not allowing Nilakshi de Silva and Eshani Lokusuriyage easy runs. Only 25 were scored in 20 balls since Siriwardene fell.

The opening partnership of Yasoda Mendis (19 in 12 balls, four fours) and Atapattu came off once again. They added 27 for the first wicket in a mere 17 balls. Mendis was caught by Krishnamurthy off Anuja Patil at long on. Patil then bowled Hasini Perera for 10 (she later had de Silva as well, caught by Radha Yadav). Sri Lanka Women were 52 for 2 after the Powerplay overs.

The wickets could not dent the confidence of Atapattu, who has been in spectacular form throughout this eight-match series, with 33, 57, and 115 in the ODIs and 27, 21, and 28 in the T20Is. She also has eight wickets from the six matches before today.

Sri Lanka cannot win the series (they are 0-2 down, while the second T20I was washed away), but victories in both matches will help them level the five-match series. 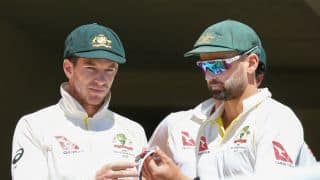