New Zealand registered a comprehensive 7-wicket win against Australia in the fifth and final T20I to clinch the series 3-2 at Westpac Stadium, Wellington. The hosts’ bowlers returned to form at the right time in the series as they set up the foundation of the clinical win followed by explosive batting of experienced opener Martin Guptill. Chasing a target of 143 runs, Guptill slammed almost half of it – 71 as New Zealand won the match in 15.3 overs.

Guptill innings was laced by 7 fours and 4 sixes in 46 balls as he shared a 106-run stand for opening wicket with Devon Conway who also scored valuable 36 runs.

Earlier, Australia won the toss and elected to bat first in the final T20I after winning back-to-back games while defending the target. However, things didn’t work out their way as open Josh Philippe was dismissed early for 2 by Trent Boult. In-form skipper Aaron Finch, then, rebuild the innings alongside wicketkeeper-batsman Mathew Wade with a 66-run partnership. Finch scored 36 before becoming Ish Sodhi’s victim, while Matthew Wade was dismissed by Boult on 44.

In the middle-order, Glenn Maxwell failed to come up big in the final T20I and departed for just 1 by Mark Chapman, who came in the New Zealand’s playing XI place of Kyle Jamieson.

In-form Marcus Stoinis also struggled to score quick runs and played a run-a-ball innings of 26 runs. In the end, Tim Southee and Sodhi took quick wickets to restrict the Australian team to just 142/8.

Ish Sodhi was the pick of the bowlers for New Zealand as he claimed three wickets. While, pace duo Boult and Southee shared a wicket each. Chapman also picked a crucial wicket of Glenn Maxwell.

New Zealand openers took full control of the game during the chase with sensible batting from Guptill and Conway. Meanwhile, Australia’s Riley Meredith tried to produce a comeback for visitors with wickets of Covay and skipper Kane Williamson in consecutive deliveries but it was too late for them. Guptill was dismissed on 71 by Jhye Richardson but Glenn Phillips took the team to the victory line with his quickfire unbeaten 34 run-knock in 16 balls.

The series win will surely boost the morale of the New Zealand team with the T20I World Cup coming up this year in India. 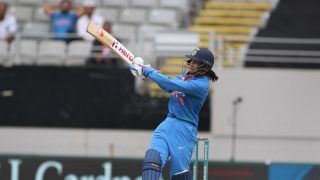 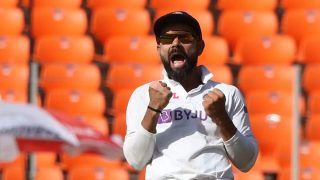 AB de Villiers Heaps Praise on Virat Kohli: "Special Leader Who Elevates Other Players Through Passion When Personal Performances Are Down"