Indian and Australian women cricketers will be involved in a three match ODI series from March 12.

Indian and Australian women cricketers will be involved in a three match ODI series from March 12.

Ahead of the series, Australian speedster Megan Schutt said her team has put the 2017 World Cup semi-final defeat against India behind them.

The Southern Stars, who were eliminated by the Mithali Raj-led Indian side in semi-finals of the ICC Women’s World Cup 2017 in England back in July, have started hitting form after beating the India A side in two practice matches in Mumbai.

“It’s probably not that I’m going to attack it but the team is going to attack it. Obviously, we run through the same people such as Raj [Mithali Raj] and Kaur [Harmanpreet Kaur] and obviously the last time that we played them, it didn’t end so well in that kind of sense, so yeah, I thought we have really done the planning well and should the same situation arise, I think we are ready for it,” Schutt told reporters.

The Australian team has welcomed back their talisman skipper Meg Lanning after a seven-month injury lay off.

Schutt said, “Meg is a big game player. To have her back is excellent, obviously a great person too and a great leader, so yeah, to have her and Rach [Rachael Haynes] kind of working together out in the field, I think it’s an absolutely awesome leadership team.”

Australia have defeated India in the warm up matches, but the hosts would come into the series bursting with confidence on the back of securing historic dual series wins against South Africa.

The three-match series between the two sides will be followed by a T20 tri-series, the third team being England. 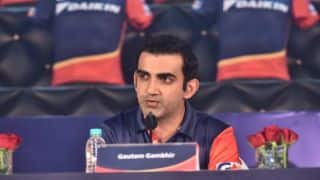