It will also lead to reduced earnings for many other franchise level South African cricketers, SACA claims.

It will also lead to reduced earnings for many other franchise level South African cricketers.

The austerity plans include restructuring of CSA domestic cricket from franchise to a first-class cricket system, re-organisation of domestic T20 competitions, optimising player contracts and delay or suspend any new project that do not have sound revenue-generation potential.

SACA’s chief executive Tony Irish said it wanted to play its part in dealing with the challenge but CSA went ahead with its plans without properly engaging with them.

“CSA has instead gone ahead with the announcement of a restructure of domestic cricket, to effectively merge the franchise and provincial systems, as part of its austerity plan, without any meaningful consultation with SACA and despite the fact that this will directly affect the players,” he said.

“This restructure, announced as part of cost saving measures, is likely to lead to at least 70 players losing their contracts and many other players at franchise level having their earnings reduced.

“The ‘human impact’ of this is significant. SACA has a collective agreement in place with CSA, franchises and provinces, known as the MOU, which deals with these issues yet CSA has, in announcing this structure, disregarded that agreement.”

SACA’s President Omphile Ramela said they have expressed their concerns to CSA but there has been no communication from cricket body’s end.

“The players’ livelihoods depend on cricket’s financial sustainability but this is not only about the players. It is also about the future of the entire game in our country,” he said in a statement.

“SACA has formally written to CSA twice in the last six weeks to express its concerns relating to CSA’s financial position, (but) to date we haven’t received any reply at all to those letters.”

The CSA Board on Saturday approved austerity plans amid declining revenues, largely ascribed to declining income from broadcast rights and unstable sponsorships.

“In order to respond to the changing market forces and declining revenue-generation landscape, we had to design a cogent four-year recovery plan that would ensure that we break-even and accumulate profit while refining our operating model,” said Chris Nenzani, CSA Board Chairperson.

Irish said players have the right to know how the austerity plans will affect them. “The future of the game is in the balance and as a critical stakeholder we believe the players have a right to know what the financial position actually is, how it is being dealt with and how this is going to affect not only them but also all other cricket stakeholders,” he said.

“A four-year deficit amounting to hundreds of millions of rands is unprecedented in South African cricket and is a serious concern to us as the representative of the players. We have asked CSA for clarity and to date it has not provided this.”

“These include things like competition structures across the cricket formats, maintaining competitive balance between teams and ensuring that any new structure promotes the retention of our players for Proteas selection. These have not been properly discussed with us either,” Irish added. 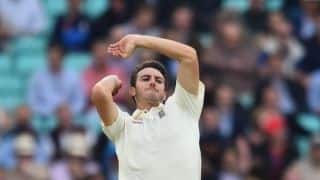