The BBL expansion freeze for three years by Cricket Australia till 2021-22, has put Canberra bid team’s plans to join the BBL on a backburner for the moment. And in a further setback of sorts, Sydney Thunder franchise is yet to decide on playing its three matches including one of WBBL at Manuka Oval, Canberra this season.

Group leader of Canberra bid team, Mark McConnell while speaking to cricket.com.au, expressed confidence that the group has already built club models and engaged with key stakeholders and should be logically given a go-ahead at the BBL.

“We ve probably taken it as far as we can,” McConnell said. “There certainly seems to be the demand there and a range of other cities are likely to put up their hand. We ve probably done all we can do to this point. We just need to be given a green light from Cricket Australia that they are reviewing the process or planning on expanding. The thing about this is you can t wait until the last moment, you can t wait until they announce the process. You ve got to start very early on. We probably have to put it on pause now and wait for further direction,” he added.

“In order to have expansion for three years there is a big runway up to that. If they have expansion in three years, they will probably make the decision two years out. There s a lot to do in building a list and a hundred other things. Once this new broadcast arrangement goes through and everyone takes a breath, then looks where the demand for the various pieces of content is, then we ll be able to respond accordingly,” he said about the plans of the Canberra group.

“I think Canberra people have shown in previous games that we sell out, for teams that aren t even ours. The Sydney Thunder is not our team, but we re a part of their territory and Canberrans get along. The appetite is there, imagine what it would be like if we actually had a Canberra-branded team,” he echoed fans’ sentiments.

The BBL has been expanded to a full home-and-away season – a total of 59 matches – from 2018-19 season. Sydney Thunder could play two BBL matches and one WBBL clash in Canberra this season – the women’s side will host Hobart before the men’s team face the Melbourne Stars on December 21, given there’s no clash with the AFL fixtures. 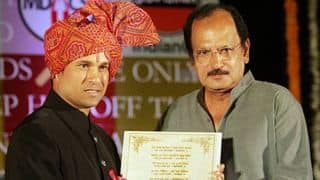 Ajit Wadekar knew how to bring the best out of the players: Sachin Tendulkar 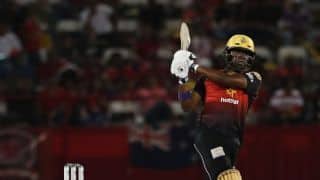