Steve Waugh wishes the newly introduced ICC World Test Championship would have been around his time as an active cricketer.

Former Australia captain Steve Waugh wishes the newly introduced ICC World Test Championship would have been around his time as an active cricketer.

The championship has gotten underway with the first Ashes Test between England and Australia at Edgbaston on Thursday. The championship will see nine teams participating during a two-year cycle with the winner being crowned as the world Test champion.

“I just wish that the ICC World Test Championship had been around in my day,” Waugh wrote in his column for the ICC. “I captained an Australia team that won 16 Tests in a row between 1999 and 2001. It was a fantastic achievement by a bunch of men that I was very proud to call my teammates. Back in 2001 when we were on our run, we just assumed we were the No.1 side in the world and everyone said that we were, but there was no actual proof.”

Waugh said it will provide a much-needed context to Tests and was long overdue as cricket already has world championships for ODIs and T20Is.

“We keep saying we want Test cricket to be the No.1 game in the world but until you recognise that and give it some prominence, it doesn’t make it real. Now we have officially introduced it and I can’t wait for it to get started, I am excited but, as I said, also a little bit jealous that I will never get to hold that trophy high,” Waugh wrote.

Waugh predicted that it will further the reach of the game, bringing in new fans.

“I know for a fact that in Australia where Test cricket is still top dog, the boys in Baggy Green will be going all out to try and secure that title. But it is not just for the established Test-playing countries. This is also about growing the game, taking it to new audiences and clarifying what makes this game of ours so great,” he wrote.

He added, “People from the outside have been looking at Test cricket and struggling to understand the context of what is going on. Are these just random matches played between different countries, what is the point of it? Is there an end point?”

“Well, finally now we have one. This will make it so much easier to understand and hopefully help us attract new fans to the long form of the game.” 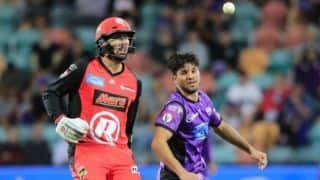 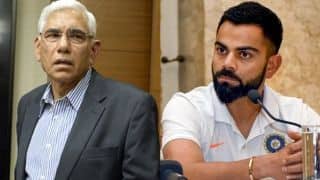