A little kid dressed up like Mithali Raj, boasting of the India jersey with a bat in her hand.

CricketCountry made a video two weeks ago. In a vox populi, our correspondent Paulami Chakraborty asked to name five India women’s cricketers. Although a few of them struggled, their enthusiasm proved that they were proud of their countrywomen. Ever since India journeyed to the final of 2017 Women’s World Cup, Mithali Raj and co. have been making headlines often. In addition, PM Narendra Modi greeted them and shared a few joyful moments. Apart from the interview, these women have also been featuring on various reality shows. This is an evidence to the fact that the victorious ladies have been in demand of late.

Dress up as any national leader for school event. Our very own Captain of Indian cricket team @M_Raj03 to inspire my daughter.. #MithaliRaj pic.twitter.com/8PIZcTsL3b

May she achieve her endeavours in all the spheres of life! https://t.co/FKJRvWirDi

In case you missed the video we had made, here it is. (Tip: before you watch it, try jotting down at least five India men and women cricketers. You will know why.)

You are awesome even if you name three. 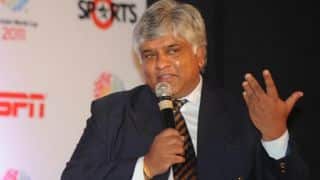